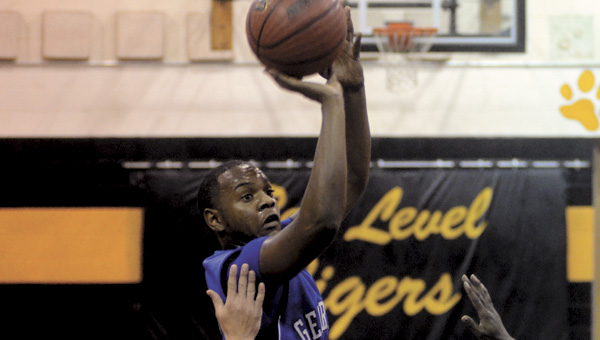 MONTGOMERY — St. Jude got the better of Georgiana in a game that pitted two of Class 1A’s top teams against each other.

The Pirates edged the Panthers 69-64 in the first round of the Capital City Conference – a tournament hosted by Trinity – and then went on to claim the tournament title with a 53-51 win against host Trinity. The loss was the first for Georgiana since Dec. 1.The Panthers (13-3) routed Marbury 69-44 to earn a third-place finish less than a week after winning the Red Level Christmas Tournament.

Against the Pirates, the third-ranked team in Class 1A, the Panthers had four players reach double figures in the scoring column. Adrian Rich led the charge with 16 points, while Keon Binion added 14, Rodney Cheatham chipped in 12 and Rickey Everette scored 10.

Georgiana, ranked sixth in Class 1A, rebounded with a 63-54 win against Autaugaville on Dec. 29.

Rich scored 33 points to propel the Panthers to the win, while Lee Curry added 13.

Rich and Curry also helped lead the Panthers past Marbury. Rich once again led the Pantehs with 17 points, while Curry added 15 and Cheatham chipped in 11.

For his efforts, Rich was named to the all-tournament team.

The Panthers will be back in action Friday when they travel to face J.F. Shields High School. Junior varsity action is scheduled to begin at 4:30 p.m. with varsity action to follow.