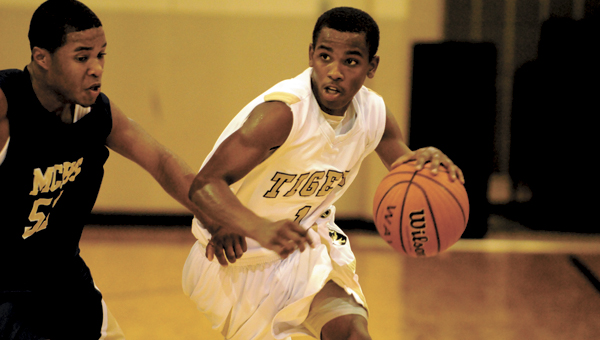 The second time proved to be the charm for Greenville High School.

“I think more than anything, it will give these boys confidence. That is what we were lacking during the first three weeks of the season. A confident player is what we are striving for every game – confident in shooting the ball, playing defense, and running our offense.”

Greenville led by as many as 15 points before the Trojans battled back to cut the lead to single digits, but the Tigers were able to remain calm and withstand the rally.

“We built a lead early, which allowed us to be patient and relax, instead of pressing like we have in the past,” Kelly said.

Greenville will be back in action Thursday when it plays host to J.F. Shields. Junior varsity action begins at 5 p.m.