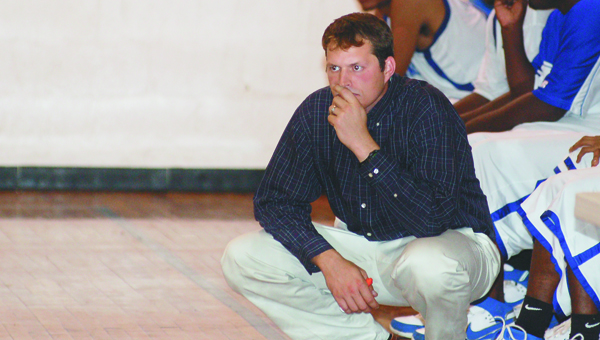 The Panthers (4-2) outpaced Straughn High School 49-37 to give Norris his 100th career victory. Seventy-six of those wins have come at Georgiana. Prior to taking over as the Panthers’ head coach, Norris spent two years as the head coach at Slocomb High School.

“As a personal accomplishment, it feels good, but it really is just a number,” Norris said of reaching the 100-wins plateau. “I have had the good fortune of coaching some very good players over the past six seasons as a head coach. The credit goes to all those young men who have competed on the court. They are the ones who deserve the credit for any success.”

“We had a balanced attack (Tuesday) night and we need to continue to have contributions from all of our players to be successful,” Norris said. “The biggest thing we need to do as a team is be consistent, night in and night out. We played well in spurts (Tuesday) night and at times were real inconsistent on both ends of the floor.”

“Our team still has a long way to go and it is early in the season,” Norris said. “We have played some good competition up to this point, but still have a tough schedule ahead and look to continue to improve in all aspects.”

Georgiana will be back in action Thursday when it squares off with Red Level High School at 4:30 p.m. in the Straughn tournament.