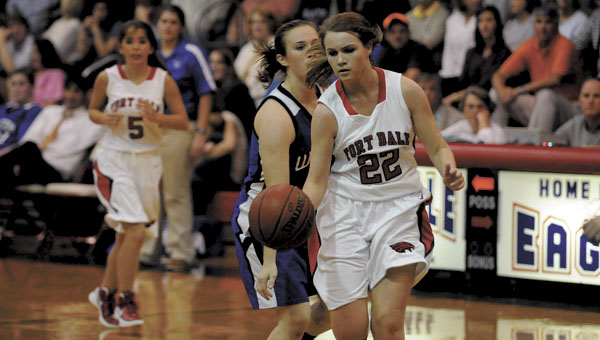 A 17-point second period proved to be just the spark Fort Dale Academy needed to earn its first win of the season.

The Lady Eagles (1-2) outpaced Morgan Academy 17-9 in the second period of Tuesday night’s contest in Selma to score a 41-26 win over the Lady Senators.

Fort Dale led 8-2 at the end of the first period before its offensive burst helped build a 14-point halftime lead.

Despite a sluggish third period, which saw Morgan outpace Fort Dale 7-5, the Lady Eagles were able to hang on for the win.

Fort Dale was led by Caroline Snellgrove’s 15 points. Snellgrove connected on 5-of-10 shots from the field and drained 5-of-6 attempts from the free-throw line. She also recorded a steal, a block and four rebounds.

The Lady Eagles will be back in action Friday when they travel to Evergreen to take on Sparta Academy. The game is scheduled to begin at 6 p.m.