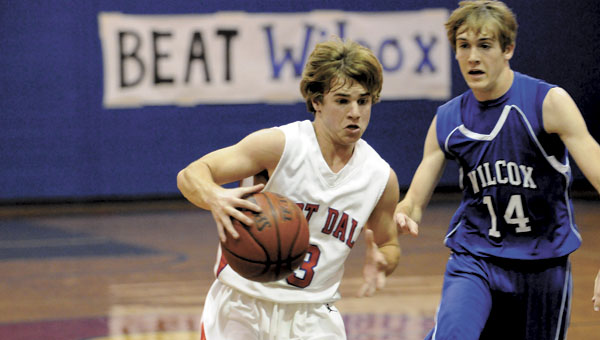 With the win, Fort Dale improved to 3-0 on the season.

The Eagles held a narrow three-point lead at the end of the game’s opening period before erupting for 20 points in the second period to take a 30-17 lead and command of the game.

Fort Dale, which connected on 21-of-48 attempts from the field, had nine different players score in the victory, led by Bates. The 6-foot-5, 231-pound sophomore was 7-for-10 from the field and 1-for-2 from the free-throw line.

Matt Langford and Wesley Scott each added five points in the win.

The Eagles will be back in action Friday when they travel to Evergreen to take on Sparta Academy. The game is scheduled to begin at 7 p.m.