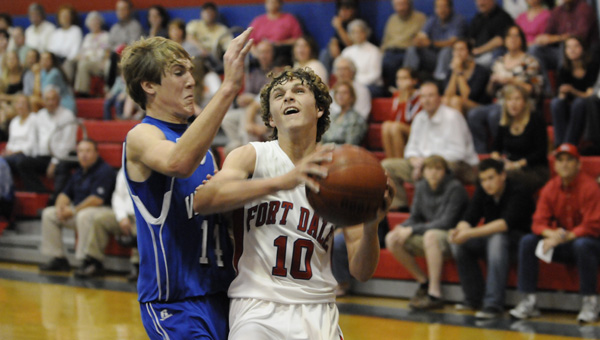 A second-half surge powered Fort Dale to a 45-26 win against Lowndes Academy Monday night in Lowndesboro.

The Eagles (2-0) outpaced the Rebels 27-11 during the final 16 minutes of play to secure the victory.

“We picked up our intensity in the second half,” Fort Dale head coach Reggie Mantooth said. “We started the game flat and it showed.”

“We were balanced offensively and I feel like we have a lot of people that can contribute,” Mantooth said. “Overall we played OK. We will have to play better both offensively and defensively as the season progresses.”

The Lady Rebels took advantage of 41 turnovers in a 40-29 win against the Lady Eagles, who were playing with starting point guard Anne Matthews who has an injured ankle.