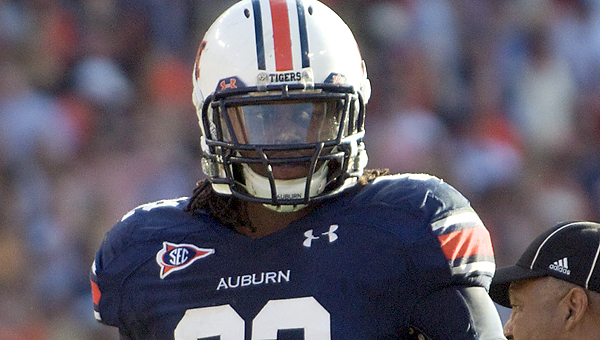 At least not for someone raised in the state of Alabama.

With just four seconds remaining in the first quarter of Saturday’s Iron Bowl, the Auburn defensive tackle recovered an AJ McCarron fumble in the end zone for the Tigers’ first score of the game.

Carter, who started the first eight games of the season, wrestled the ball away from Alabama’s Alfred McCullough after Auburn defensive end Corey Lemonier jarred the ball loose from McCarron with a crushing blindside hit.

“I wanted to make sure there was no question that I had that ball,” Carter said.

While Saturday’s touchdown marked the first for Carter during his tenure on the Plains, it wasn’t the first time the 6-foot-4, 290-pounder from the Camellia City found his way into the end zone. During his senior season at Greenville, Carter intercepted a screen pass and returned it for a score.