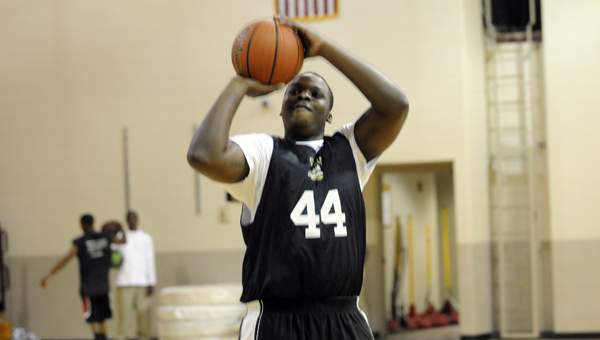 Darryl Starks led Greenville with a double-double in the Tigers' 63-55 loss to Calhoun. The Greenville forward tallied a game-high 20 points and snagged 10 rebounds.

It wasn’t quite the start Greenville High School was hoping for, but first-year head coach Richard Kelly saw plenty he liked.

The Tigers (0-1) dropped their season opener 63-55 Saturday to traditional powerhouse Calhoun High School, but were in the game until the end. “When we get the games under our belt, if we can protect the ball, we’ll be in a lot of basketball games this year,” Kelly said.

Greenville had just one week of practice as a full squad before opening its season. Kelly and the Tigers were forced to postpone their season opener after the school’s football team made a run to the second round of the AHSAA playoffs.

“The future looks very bright and promising,” Kelly said. “I want to win them all, but for the first game I was pleased. What I like about my team is that they didn’t give up. Calhoun played a good game. I’m proud of my kids though, they fought hard and competed the entire game.”

Daryl Starks led Greenville with a double-double. The Greenville forward tallied a game-high 20 points and snagged 10 rebounds in the loss. Julious Lymon added 9 points for Greenville.