Miles add up in new region 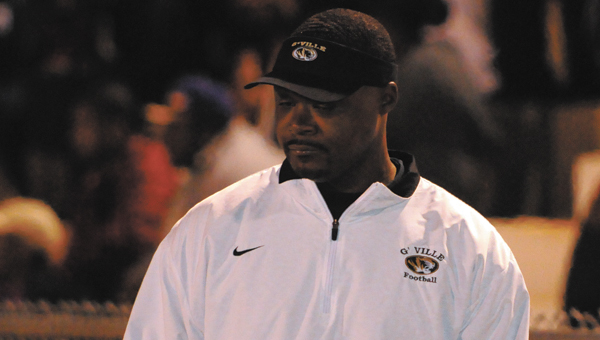 Country legend Willie Nelson’s hit “On the Road Again” may be an appropriate theme song for the 2012 Greenville High School football team.

Thanks to the Alabama High School Athletic Association’s reclassification, the Tigers can expect plenty of travel during the next two seasons. Greenville’s new region includes Citronelle High School, Jackson High School, Satsuma High School and Sumter Central High School, all of which are more than 100 miles from the Camellia City.

“I hate the travel,” Greenville head coach Earnest Hill said. “We just have to travel so far. At one time (the AHSAA) had talked about saving money on travel, but we seem to be spending more.”

Greenville’s longest road trip will be a 141-mile trek to Citronelle. It’s another 121 miles to Sumter Central, 112 to Satsuma and 104 to Jackson.

“Being in the middle part of the state, with no 5A schools really very close to us, we’re going to have to travel no matter what,” Hill said. “I just wish we didn’t have to travel so far.”

Along with the long miles, the new region, which includes Chilton County, Demopolis and Selma, also brings plenty of competition, according to Hill.

“Things pick up a little,” he said. “It’s going to be a more competitive region.”

Of the four new additions to the region, Jackson looks to be the toughest. Heading into Friday’s showdown with Bibb County in the third round of the AHSAA playoffs, the Aggies owned a 12-0 record. Results from the contest were not available at press time.

“There’s a great chance Jackson will win the 4A state title,” Hill said. “They’re only 4A now, but they will be very competitive in 5A.”

Satsuma was winless in 2011, but competed on the Class 6A level.

“We’re not sure what to expect from them, but they’ve been playing some good teams,” Hill said.

“We played Citronelle when I was (the defensive coordinator) at Spanish Fort,” Hill said.

“That’s a scrappy, hard-nosed team. You’re going to have to fight to beat them.”

McKenzie School and Georgiana School, both of which compete in Class 1A, Region 2, had just one change to their region. Red Level High School was added in place of J.F. Shields High School, which dropped football just before the start of the 2011 season.

Greenville will compete in Class 5A, Area 6, along with Demopolis, Sumter Central and Selma.

The reclassification alignment was approved by the Central Board of Control at its fall meeting Wednesday.

The process takes place every two years in an effort to account for the changing enrollments of the schools, as well as school consolidations and closings and the addition of new schools to the AHSAA.

Classification is based on the Average Daily Membership (ADM) figures furnished by the State Department of Education for the upper three grades (10-12) plus ninth grade holdbacks.

The current two-year classification period ends with the 2011-12 school year. The new alignments will go into effect in the fall of 2012.