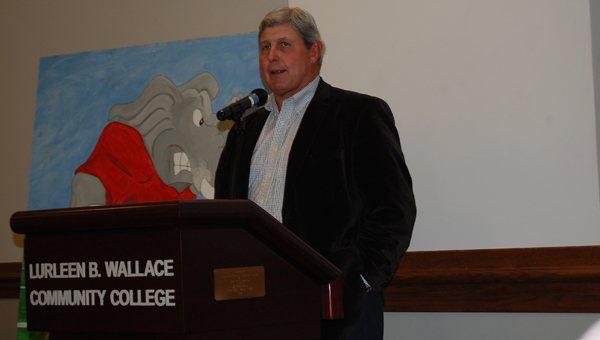 It’s being billed by some as the game of the century.

On Saturday, No. 2 Alabama will welcome LSU, the nation’s top-ranked team, into Bryant-Denny Stadium.

The college football world will be watching. So will former Alabama standout and two-time All-American John Hannah.

Hannah, a nine-time NFL All-Pro selection and a Hall of Famer, expressed some concerns about the game, which many college experts feel could determine the next national champion.

“It’s going to be tough,” Hannah said. “The only thing I’m worried about really is (LSU’s) wide receivers. (Alabama head coach Nick) Saban has been a defensive coach all of this life. He focuses in the on the (defensive backs) so he’ll come up with something, I hope.”

Hannah said he will watch the game and “let whatever happens, happen.”

Dozens of news stations will be traveling to Tuscaloosa to cover the game, including ESPN’s College Game Day. University Boulevard will be closed from 7-11 a.m. on Saturday from Campus Drive to Stadium drive for the College Game Day broadcast, which will take place outside Bryant-Denny Stadium.

Kickoff for Saturday’s contest is scheduled for 7 p.m.