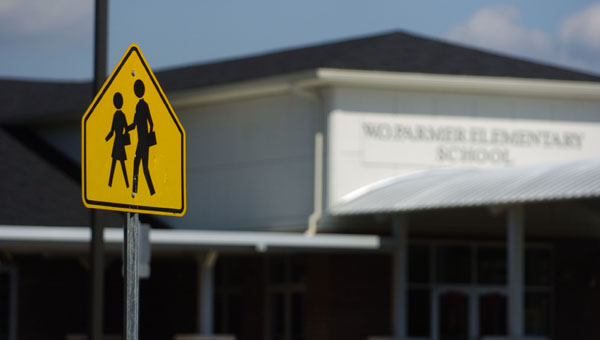 The third time proved to be the charm for the Butler County School District.

After applying for a Safe Routes to School Program grant for three consecutive years, the school system was awarded $57,780 for improvements around W.O. Parmer Elementary School and Greenville Elementary School.

On Monday, the Greenville City Council approved a resolution authorizing the city to enter into an agreement with the Alabama Department of Transportation through the Safe Routes to School Program.

“This is something that the schools applied for and received, and it has to go through the city.  It isn’t going to cost the city a thing,” Mayor Dexter McLendon said.

The Butler County Board of Education will be responsible for all costs in excess of the $57,780 provided by the grant.

The money will be used to move and add crosswalks, signage, traffic calming devices and bicycle facilities around a two-mile radius of W.O. Parmer Elementary School.

“It’s basically a safety issue,” Douthitt said. “The area near W.O. Parmer and Greenville Elementary are high-traffic areas, and we want to make sure it’s as safe as possible for all of our students and parents, and these changes will certainly make it safer for students who walk to school.”

School officials are hoping that the improvements will encourage even more students who live in the area to walk to school.

“I’ve asked my staff to pursue a grant to add more sidewalks in the neighborhoods around the schools so that students who want to ride their bikes or walk to school can do so safely,” Douthitt said. “We didn’t receive that grant, but we’re hoping to get it in the future.”