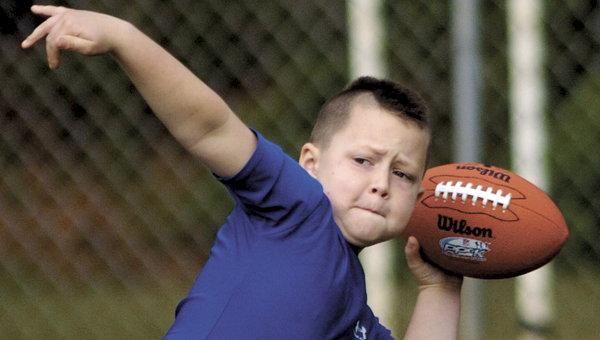 The fun is in the winning.

At least that was case for 6-year-old Christian Hill.

Hill recently won the state Punt, Pass & Kick championship for the 6 and 7-year-old division. He did so in convincing fashion.

Hill scored a total of 136. His nearest competitor scored 66 points.

For Hill, who has won Greenville’s local competition two years in a row, competing on the big stage wasn’t a problem.

Instead, he just enjoyed the competition.

“I like to punt or throw the best,” he said.

But neither the punting nor the passing was the most fun part of the competition. Not even close.

According to Hill, the most fun was winning.

That could soon change. Hill’s victory could earn him a trip to Atlanta for a Falcons’ game and a chance to compete at the Georgia Dome.

His score will be figured in with the winning scores from Florida, Mississippi and Georgia. The top three will get the opportunity to face off at the Georgia Dome.