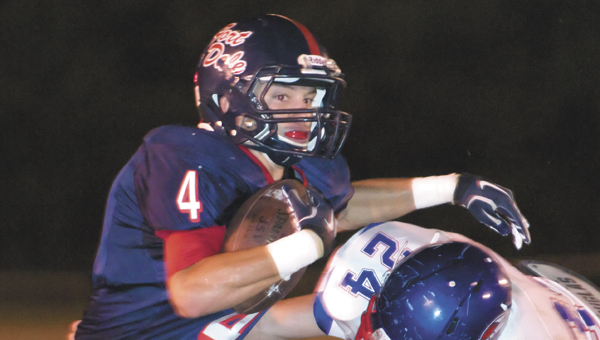 It was a game that has no doubt been circled on Monroe Academy’s schedule since last November.

The result was exactly what the sixth-ranked Vols were hoping for. On Friday, Monroe Academy avenged its state championship game loss to Fort Dale Academy with a 45-7 win in Monroeville.

The Vols have now won two of the last three meetings between the teams.

Monroe jumped out to a 21-0 lead, scoring on three of its first four possessions, en route to the win.

Fort Dale’s lone score came on a 7-yard run by senior quarterback Cody Tesmer. Junior kicker Patrick Russell added the extra point to help trim the Vols’ lead to 21-7, but that’s as close as the Eagles would get.

The Vols added three more points before the half on a 54-yard field goal by Craig Bryan and three more touchdowns in the second half to seal the win.

Senior Perry Singleton had one catch for 35 yards and sophomore Chase Whiddon led the defense with 11 tackles.