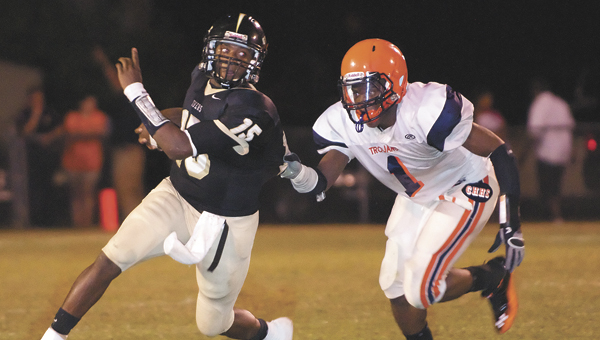 The Tigers (5-1, 4-0) scored all 35 points in the game’s opening half before substituting heavily in the second half. The scoring total is the highest of the season for the Tigers, eclipsing the 33 points Greenville scored in the second week of the season against Paul Bryant High School.

Donta Lee, Jamall Hamilton, Harper Vinson and Kent Riley each scored for the Tigers in the win,

The Tigers’ defense was equally as impressive forcing the Jaguars to play the majority of the game on their side of the 50-yard line en route to the squad’s first shutout of the season.

“We played well on both sides of the ball,” Greenville head coach Earnest Hill said. “Offensively we moved the ball at will and our defense did a good job of creating takeaways and giving our offense favorable field position.”

With the win, Greenville extends its win streak over Wilcox Central to four and takes a 12-5 lead in the all-time series.

“Going into this game we wanted to get better,” Hill said. “We didn’t want to look at Wilcox Central’s record and go out there and go through the motions.

“We wanted to come out and execute the things we had worked on all week, and we did that.

“I think this is a win that will give our guys some confidence.”

The Tigers will be back in action Friday when they play host to region-power Demopolis  High School.