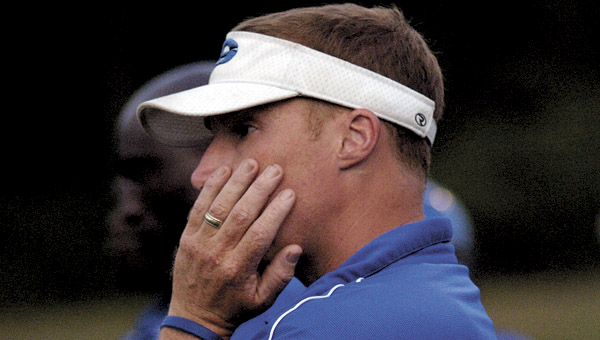 Georgiana head coach David Watts and the Panthers will host Kinston Oct. 13. The Thursday contest will be the second in two weeks for Georgiana. (File Photo)

Georgiana School’s Class 1A, Region 2 showdown with Kinston High School has been rescheduled.

The contest, originally scheduled for Oct. 14, has been moved to Oct. 13. The change is the result of the school’s fall holiday which falls on the game’s original date.

The Thursday contest will be the second in three weeks for the Panthers, who host McKenzie School this Thursday.

The Panthers will host Kinston. Kickoff is scheduled for 7 p.m.