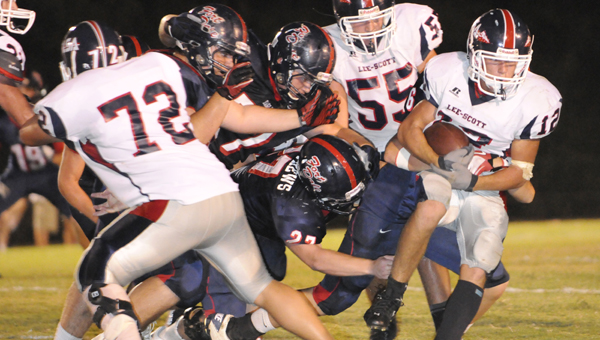 For the first time since 2007, Fort Dale Academy is not ranked in the ASWA poll.

The Eagles’ absence in the weekly poll marks the first time since 2007 that the team has been unranked.

Fort Dale spent two weeks at No. 3 to open the season before falling to No. 8 following a 19-16 loss to Lee-Scott Academy in the squad’s home opener.

After a solid performance against Lyman Ward Military Academy the following week, the Eagles worked their way back into the top 5, but a less-than-impressive showing against the unranked Colts prompted the state’s sportswriters to drop the defending champs from the top 10. Fort Dale is currently ranked 13th.

Friday the Eagles will host Macon-East Academy at 7 p.m.

No other Butler County teams received votes in the poll.