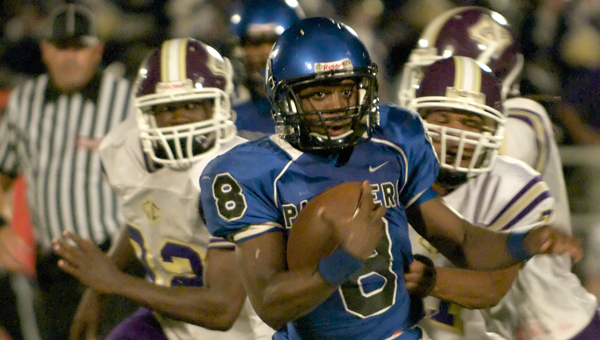 Georgiana “laid an egg” in the first three quarters according to its head coach David Watts.

“We played hard and continued to fight,” Watts said.

The Bulldogs came out strong by scoring a touchdown late in the first quarter, missed the extra point, but scored quickly in the second quarter and added the two-point conversion to make it 14-0.

With 10:50 left in the third quarter, the Bulldogs scored again, but Georgiana’s Areney Peterson blocked the extra point making it 27-0.

After running it down to the 24-yardline, Lawson jumped over a player, injuring himself, which took him out for the rest of the game.

Later, Rickey Evertt ran for 37 yards bringing it to the 15-yard line. After three plays for a loss of yards, Evertt found Mike Dunn for a touchdown making it 27-6 with 3:02 left in the fourth quarter.

After a failed two-point conversion, the Panthers’  Olanda Franks recovered an onside kick.

After three plays, Evertt hit Peterson for a touchdown with 1:27 left in the fourth quarter. A second attempt at a two-point conversion was also unsuccessful making the final score 27-12.

Watts said he knows his team can play hard and play smart, but it hasn’t been at the same time.

Evertt had 25 rushes for 156 yards and threw for two touchdowns.

Georgiana will be back in action Friday when it travels to Luverne. Kickoff is set for 7 p.m.