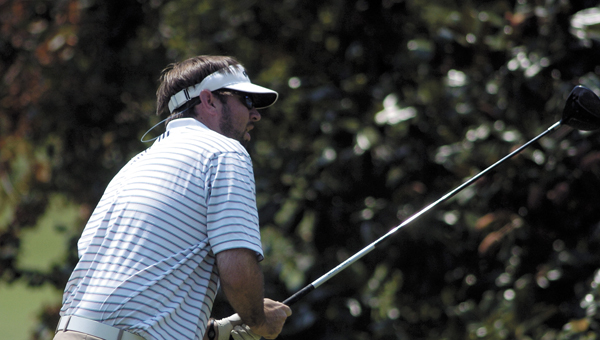 The total monies raised are not in yet. But the Corstone Pro-Law-Am Golf Tournament at Cambrian Ridge was a resounding success, says Kathy Smyth, director of Safe Harbor/The Children’s Advocacy Center, the organization supported by the monies raised through the annual event.

“Cambrian Ridge is just such a beautiful place anyway. It was a great day,” Smyth said. “We had a total of 88 players on 22 teams who came out to support us and a dozen volunteers who helped out.”

“Longest Drive” winner was Bubba Martens and there was a three-way tie between Jeff Lovell, Logan Taylor and Steve McGee for “Closest to the Pin.”

Out of the 150 golf balls dropped from the helicopter, there was no hole-in-one yielding a $1,000 winner, but Michelle Waite did take home $500 for having the golf ball closest to the hole.

“Greenville Motor Co. was standing by with the vehicle give-away if anyone scored a hole-in-one in the tourney, but we didn’t have any, unfortunately,” Smyth said.  “We do appreciate everyone’s continuing support. You know, there are a lot of other organizations that have seen contributions drop in this economy, but I have to say we’ve held steady at Safe Harbor.”

Safe Harbor works with law enforcement, the judicial system and DHR in Butler, Lowndes and Crenshaw counties to assist children who have been victims of crime or who have witnessed a crime.

Eagles too much for McKenzie

A very hard week of practice paid off for Pleasant Home, with the Eagles racking up 292 yards rushing to... read more