GMS Tigers busy on and off field 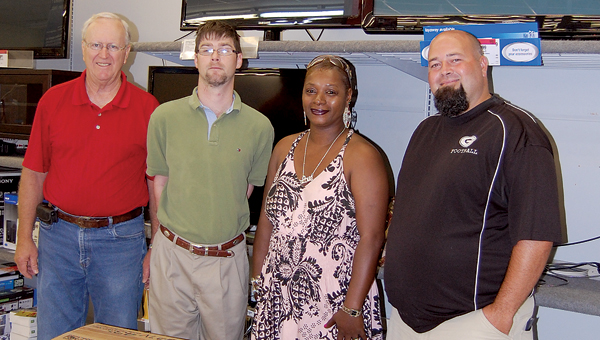 The Greenville Middle School football team is hard at work — both on the field and off.

Along with working out three days a week in preparation for the upcoming season, the Tigers are also busy raising money. The money raised will help fund the team’s spirit packs, which will include cleats and a shirt and shorts for workouts.

The Tigers recently sold raffle tickets on a Samsung 43-inch plasma television donated by Sears, and according to Ingram there are future fundraisers in the works.

“We’re going to do some other things to try and get the rest of the money,” he said. “We’re looking at having a car wash and a few other things to help raise a little more. We just really appreciate everything that everyone has already done for us.

“We appreciate Sears donating the TV and everyone who bought tickets. I would definitely call it a success and I think it shows that people out there are supporting the program.”

The raffle generated $90 per player towards the cost of the spirit packs.

Ingram said he would like to be able to include a travel bag in the spirit pack.

“If you get cleats, a dri-fit shirt and shorts you’re looking at $100 right there, so we don’t have the money for that yet, but we’re hoping a little more comes in,” Ingram said.