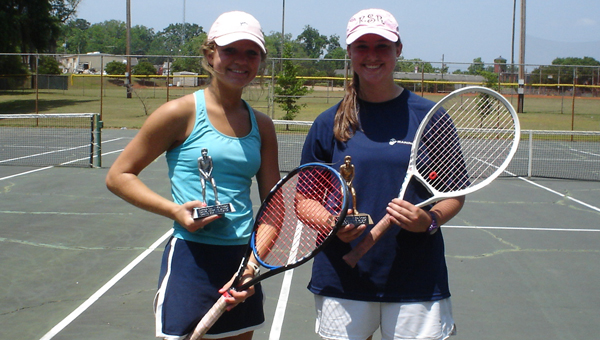 “We thought it was a great success,” Matthews said. “Each player got to compete in at least two matches, and over the weekend this resulted in almost 30 different matches being played. Everyone, spectators and players alike, enjoyed watching all the players compete.”

The tournament, which was held at Beeland Park, featured 24 players from the area.

“We limited this year’s tournament to locals because of the limited number of courts at Beeland Park,” Matthews said. “When or if we are fortunate to get more tennis courts in Greenville, we would love to open up the tournament to others not from this area.”

According to Matthews, the GACTA hopes to host more tournament’s in the future.

“We plan to have another tournament in the fall, and we hope to continue to do this type thing at least once annually,” she said.

Anyone interested in joining the GACTA can write to greenville.tennis@gmail.com. Membership is open to anyone who would like to play tennis or to support tennis in our community.