By GRIFFIN PRITCHARD
The Wetumpka Herald

“I’m quite honored,” said Burt. “I found out about two weeks ago. I think the best part about this is that it’s nominated by the coaches and voted on by the coaches.”

Burt, who was inducted into the Alabama High School Athletic Association’s Hall of Fame in 1995, spent 30 years coaching football in Eclectic. In that time he led the Panthers to a trio of state championships (1976, 1978 and 1987). He also coached current athletic directory Grady Rowe – a fullback during the 70’s — and current coach Norman Dean.

During that stint, he was also joined by coaches Tony McGhee and Abe Brown.

“By the end of the 70s, I had the easiest job in the world because those two knew what to do. The three of us were such close friends, it made what we did a lot of fun.” 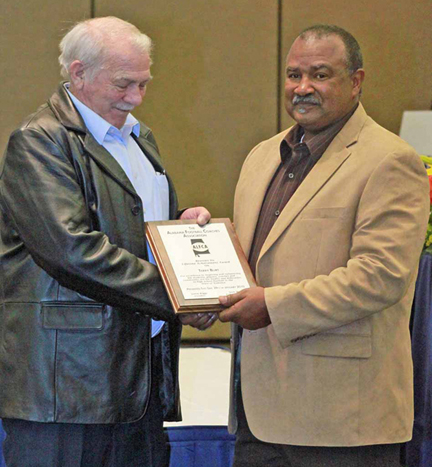