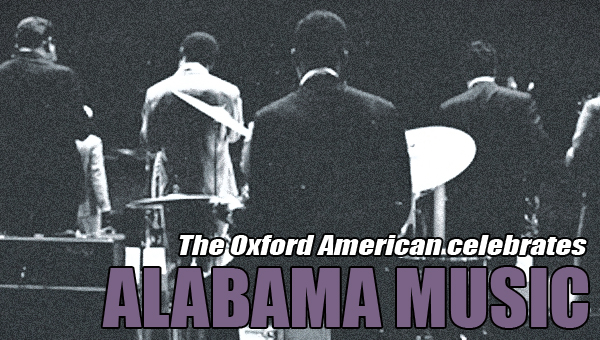 The Oxford American is offering you a selected smorgasbord of Alabama music. Its 12th Annual Southern Music Edition focuses entirely on Alabama, is 176 pages thick, and includes a CD of 26 songs.

Those, however, which come to the magazine expecting a generous offering of famed Alabama musicians Hank Williams, Nat King Cole, Shelby Lynne, Sam Taylor, etc. will be sorely disappointed. The closest you get to Luke the Drifter is a full-page photograph of his eternally made-up bed in his Georgiana boyhood home and a 1951 cover of Cold, Cold Heart by Tuscaloosa native Dinah Washington.

“We don’t just want to shovel the expected and over-familiar at our readers. Our readers are smarter than that and demand more from us,” said Marc Smirnoff, editor of The Oxford American. “They can get the over-familiar elsewhere if they want it. By relying on great obscure music, we get to challenge our audience, which they seem to really love.”

The selections range from the Bluesy “The World Don’t Owe You Nothing” by Sam Dees to the sprightly upbeat “Stop Your Knockin'” by Curley Money and His Rolling Rambler, to the plain weird: “Rubber Room” by Rev. Fred Lane with Ron Pate’s Debonairs.

These, in other words, are not the musicians popular with the American Top 40 crowd.

“I know that The OA has a reputation for finding and celebrating obscure artists,” said Smirnoff. “But our trick, really, is that we try to locate heart-breaking, soul-stirring, great music-great music that will contribute to the ultimate Southern-music party mix. The fact that many of these artists are underappreciated just adds to the fun and makes for a double whammy.”

A few fictional pieces are included, but the meat of the magazine is in the individual articles about the Alabama musicians and their songs.

“Because of the wealth of musical genres that come from Alabama, and the wealth of great artists within those genres, it is impossible to define Alabama music in a single blurb,” said Smirnoff. “Which is just the way we like it. We enjoyed the complexity and richness of our target state.”

The OA’s Southern Music issue is available at newsstands and bookstores (Books-A-Million in Montgomery, in particular). Or you can order it online at www.oxfordamerican.com.

Play this one again: “There Must Be a Someone (I Can Turn To) – Before Vern Gosdin was “The Voice” of Country Music, he and his brother Rex teamed up in the early 1960s. This single was included on their one and only studio album, “Sounds of Goodbye.” The Byrds offered their own interpretation of the song, which found its way onto the Easy Rider soundtrack. But it does not do justice to the original. Possibly the best country song you’ve never heard. 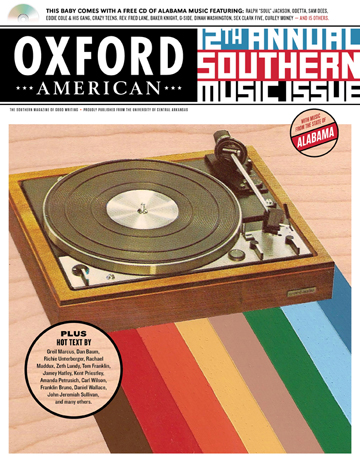 This is the second year that the magazine has focused on a particular state's music. The OA focused on Arkansas last year.