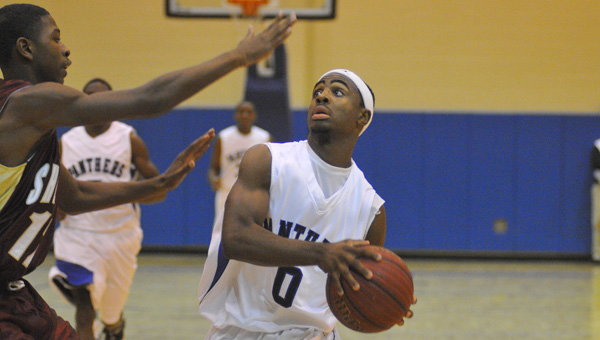 GEORGIANA – J.F. Shields turned a eight-point halftime lead into a 59-42 victory over Georgiana in both teams regional opener on Friday.

The closest the Panthers got in the second half was after exiting the locker room: Adrian Rich threw down a dunk and and Lee Curry added two-points to cut Shields’ lead to 25-21.

Shields responded with six straight points, including a pair of baskets by Jefferson Johnson who finished with a game-high 16 points.

The Panthers shot a woeful 2-of-23 from behind the three-point line. The first one – hit by Trey Brockman – fell with 1:10 left in the game and the outcome already decided.

Coach Kirk Norris called the game “the worst offensive showing” in his tenure at Georgiana.

“Defensively, I thought we played well, but we couldn’t do anything on offense,” he said.