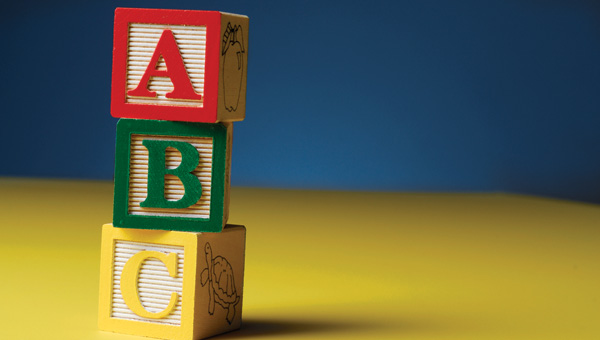 By Leesha Faulkner
The Selma Times-Journal

In 1982, David J. Irvine and four colleagues looked at evidence supporting early childhood education for disadvantaged children. Taking data from the evidence of the impact of Head Start and similar programs, Irvine, then-an educational development specialist in New York, conducted a study and came up with major findings, among which was prekindergarten has a favorable effect on the cognitive development of disadvantage children, on noncognitive development and parental involvement.

For the rest of us outside of educational circles, that means children with pre-kindergarten experiences have an advantage over those who do not have access.

Now, come to the present.

The difference in eight years is funding for those under 5, said James Ware, director of the Department of Human Resources in Dallas County.

In 2000, Alabama and other states were providing federal welfare dollars to supplement early childhood education totaling nearly $4.5 billion, primarily for Head Start, which served more than 760,000 children, according to the National Center for Children in Poverty.

But a study by the Children’s Defense Fund about two years later pointed out in the higher poverty areas of states across the nation, such as Alabama’s Black Belt, the data was limited because statisticians do not know the proportion of eligible children those figures represent in each state.

By 2009 federal studies showed an increased investment by Alabama in pre-kindergarten funds. A Pew Center study praised the Alabama Legislature in 2009 for investing in high-quality pre-kindergarten during hard budget times. The focus of the study was “First Class,” a small pre-kindergarten program and one of only two in the nation to meet all the qualifications established by the National Institute for Early Education Research.

Marquica Davis oversees the program “First Class,” which continues its success. The issue as Davis sees it, is Alabama has a mixed-delivery system of early childhood education.

“We meet the children wherever the needs are,” she said. “Not all school systems have the ability to give it, so there’s public, Head Start, faith-based and others.”

Davis suggests using the DHR approach to examining early childhood education in the Black Belt and the rest of Alabama is limited.

First Class has 215 sites in Alabama and receives funding from the state. In Dallas County, there are two First Class sites: one at Cedar Grove Elementary and one in the McRae Learning Center. Combined, the two sites have 36 students, 18 in each classroom with four certified instructors.

The programs are well-planned and focused on future student success.

But the size of “First Class” has little to do with diminishing the needs of children whose parents receive public assistance. That’s still left up to DHR or Head Starts, who are at the mercy of dwindling federal and state resources.

“Funding has been reduced,” Ware said, “for both pre-kindergarten and younger. I think that’s probably the biggest factor.”

A 2010 General Accounting Office Study on early childhood education and funding showed nationwide the federal share of funding is small relative to state and local sources. Generally, the breakdown is 9 percent federal, 46 percent state and 45 percent local monies. Those dollars, amounting to more than $31.5 billion comes from two major sources: 68 percent from the Department of Education and 21 percent from the Department of Health and Human Services.

In 2008, the state Department of Human Services took in more than $1.035 billion for all of its services. According to its annual report, the state DHR spent 11.27 percent of that on child day care. The greatest amount 64.42 percent was spent on the Food Assistance Program. Child Welfare came second with 16.95 percent.

“From this report it appears we do not have enough day cares to help all the people who have a need for it or who qualify for it,” Ware said.

The reason? Although federal dollars are available, most of them require matching funds, Ware explained.

At one point there was hope among those who provide those services to children the state could maintain a steady stream of support money for early childhood education for the poor.

A key cornerstone to Don Siegelman’s election as governor of Alabama in 1999 was a lottery for education. As a governor, Siegelman promised the lottery would generate at least $150 million annual to fund college scholarships, a pre-kindergarten program and computer technology in schools. The proposal was defeated.

“I’m not saying that would be the answer, but that was the plan,” Ware said. “All Alabama children need the opportunity, but funding is the issue. Other than money, there is no remedy. Sooner or later there has to be a reckoning.”