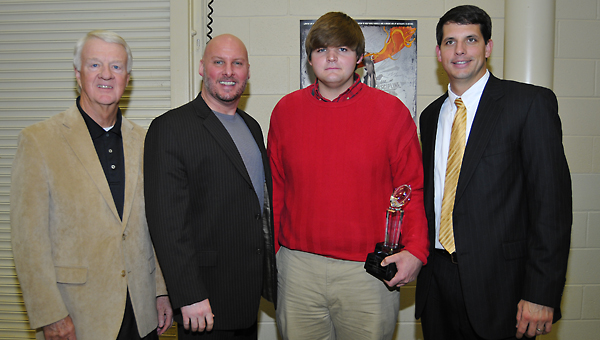 Stinson was presented the award by former GHS head coach Wayne Woodham (1980-85), who was there because of a special invitation from DeBellis, who he coached.

The Tigers finished the season 7-4.