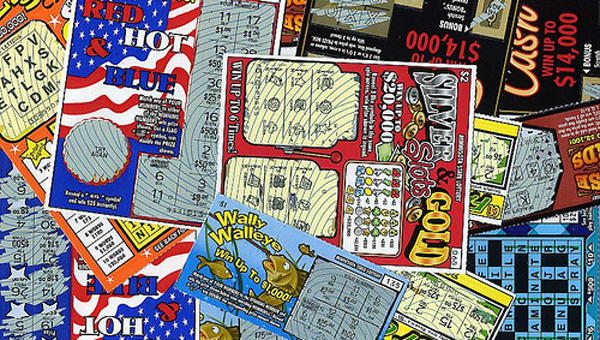 Covenience store owners who offer game pieces, similar to the ones shown above, could be arrested if those items are not removed from the store by Dec. 8, said District Attorney John Andrews.

Andrew said the selling or purchase of a game piece or the opportunity to play a game that awards a prize by chance is a form of illegal gambling and is in violation of Alabama state law.

“All municipal and local law enforcement officials have been notified to arrest the seller and confiscate any game pieces, machines and money derived from the activity after that date,” said Andrews.

Andrews said officials are aware of approximately 15 stores in the 2nd Judicial District where the tickets are sold, referring to them as “scratch-off” or “scratch-and-win” game pieces.

He also said quarter push machines – where 25 cents is dropped into a slot in hopes of “pushing” more quarters out of the machine – are also illegal and would be confiscated.

“This was a matter that recently came to my attention,” said Andrews. “It’s something we’re going to take care of. The people who talk merchants in to offering these items take advantage of the fact that they aren’t aware or don’t know the law.”

Andrews said questions may be directed to the District Attorney’s office at 334-382-7444.
The 2nd Judicial District is comprised of Butler, Crenshaw and Lowndes counties.