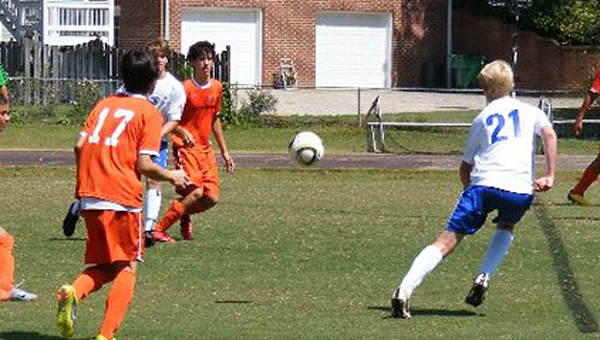 Fort Dale Academy student Brandon Brown recently wrapped up his season with Montgomery football team FC Torjager. Brown is a member of the U-16 youth team.

“It has been an outstanding experience to be a part of the soccer club,” Brown said. “I have had many opportunities to play teams from all over the state.”

In a recent Perdido Bay Fussball Tournament, Brown and the Torjagers had a strong performance, though the final score didn’t show it.  Brown scored with assistance form teammate William York. A second goal by Noah LaBier gave the Torjagers the halftime lead, though they fell 6-3 after a second half comeback.

The Torjager Soccer Club is a professional soccer organization headquartered in Montgomery, AL.  The name is translated from German origin to mean “Goal-hunters” and is coached by Wulf Koch of Roth, Germany.