Georgiana hopes to wake up after Brantley 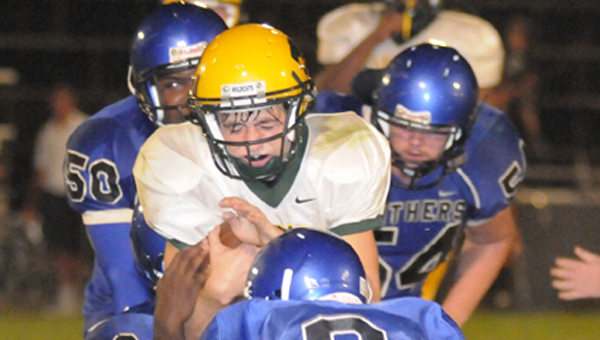 Georgiana has struggled to find their groove this year and go into Friday with a 0-4 record.

The Panthers will face Highland Home this week on the road.

“It just seemed like they might have been overwhelmed by playing the defending state champions,” Gregory said. “But we pointed out some things on film that they weren’t doing that they had been coached to, and I think they realized it could have been a different ball game.”

Gregory said he hopes the game will serve as inspiration for his players to perform better.

“Sometimes you have that one game where you need to wake up and realize that we need to be doing the things we’ve been coached to do,” Gregory said.

Highland Home has a 2-2 record overall, with a 1-2 region record. Gregory expects a tough game.

“They have been playing some good ball and doing all the things we haven’t done,” Gregory said. “It’s like I have told my players all along: it isn’t getting any easier.”

Our Pick: Coach Shawn Gregory’s team is still searching for answers midway through the season and while Highland Home is not nearly as strong as the teams Georgiana has faced thus far, give the edge to the Squadron. HHHS 36, Georgiana 30