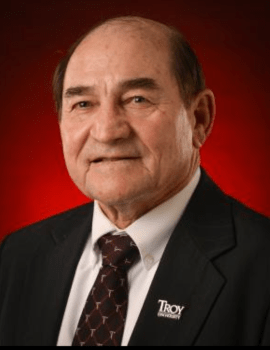 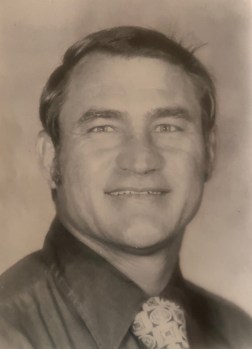 John Faircloth served as South Montgomery County Academy’s second headmaster after joining the faculty as a coach in 1970. 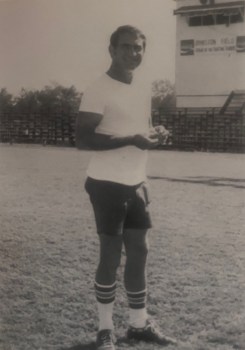 Student athletes remember John Faircloth as “Coach Faircloth,” a tough, but fair, mentor and coach who cared about helping students become their best, on and off the field. 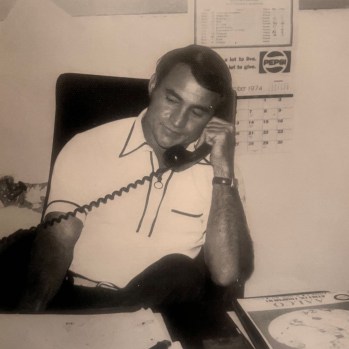 As South Montgomery County Academy’s headmaster, John Faircloth was well known for the way he respected and was respected by students, faculty, and parents. 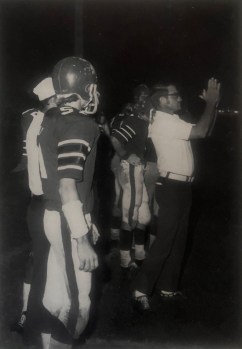 John Faircloth began his 41-year educational career as a coach in central Florida before moving back to Alabama in 1970 to coach football at South Montgomery County Academy.

“Mr. John was very straightforward and very good at running the association,” Sampley said. “He did what was best for everybody, not just for one school or person.”

Faircloth earned his bachelor’s and master’s degrees in Education from Troy University. He began his educational career as a high school football coach in central Florida and moved back to Alabama in 1970 to coach at South Montgomery County Academy.

“He was hard, but fair,” Hicks said. “He didn’t tolerate foolishness. If you had a job to do on the field, he expected you to do it. And, I think that was his view of life, too.”

Carolyn Hicks worked under Faircloth, who soon became the second headmaster to serve at SMCA. As an English teacher and neighbor, she knew Faircloth for over 60 years.

“He was a wonderful man,” she said. “He was just a good man, an excellent coach, teacher, and administrator. He stayed about six years and then went to the AISA as executive director and did a wonderful job there.”

Faircloth served AISA as executive director for 27 years and contributed to the association’s many successes as the longest-serving executive director in its history. He was instrumental in the development and implementation of accreditation standards and procedures, school improvement planning, organizing successful state competitions and programs in academics and athletics, attaining membership in the National Council Private School Accreditation, and providing sound fiscal management for the association.

Under Faircloth’s leadership, the association had grown to 65 schools and over 20,000 students by his retirement in 2003.

“The man was a visionary,” Sampley said. “Even though he came from SMCA, all the things he did over the years didn’t just benefit that school, but the whole association, even if in doing so it hurt SMCA. He was a good, steady hand when we needed it.”

Darrell Self was headmaster at Hooper Academy and later Lowndes Academy during Faircloth’s tenure with AISA.

“John was an outstanding individual,” Self said. “He was old school and went strictly by the rule book. It was by the book, or no way at all. He ran AISA with limited staff and ran it very well. He was vital to its growth.”

“He respected all people and people respected him,” Sikes said. “He used to say there are no gray areas. Something is either right or wrong. [As players] we saw the rough and tough side of him on the field, but then we saw him as a Sunday school teacher, how he was unbelievably well-prepared.”

Sikes remembered Faircloth’s time as headmaster and witnessed the care he expressed for struggling students.

“I remember him noticing a kid who was just sort of down,” Sikes said. “He told the teacher to speak to the student every day, to tell them they looked nice. It’s hard to say one thing about Mr. Faircloth, but he was a dear friend to me.”

Becky Baggett, headmaster at Crenshaw Christian Academy, knew Faircloth as a grandfather who was often present to celebrate and encourage his grandson.

“He wanted to be a part of his grandchildren’s lives,” Baggett said. “He always said, even after he retired, that he would do anything he could to help. He did a lot to bring recognition and credibility to the AISA.”