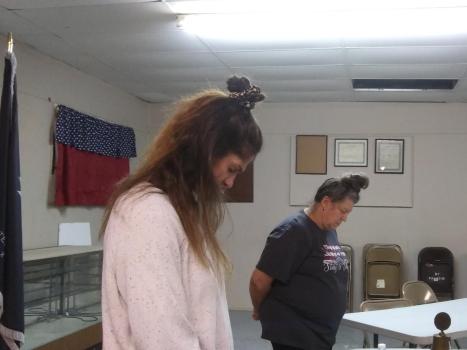 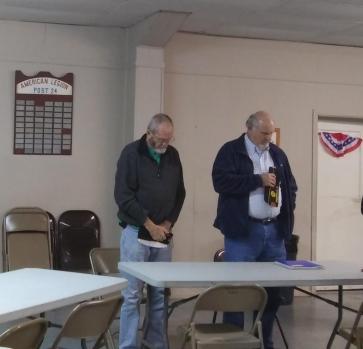 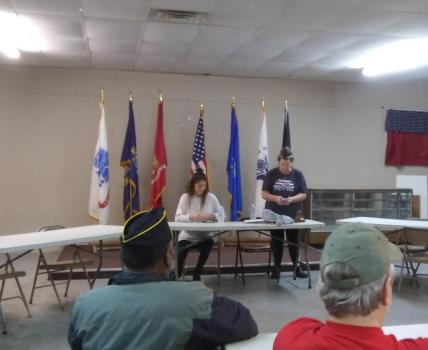 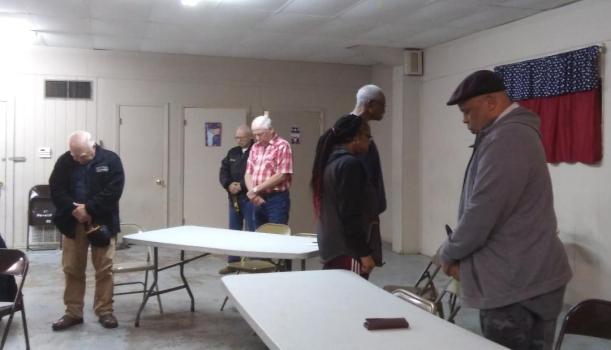 Liza Berrey, Commander of the American Legion Post 24 here in Greenville, spoke to gathered veterans Thursday night about insurance and invited independent agent Audrey Strong with Senior Med Benefits to have an informal discussion with them about the different plans available to them as veterans.

“Audrey Strong is here to talk about the insurance some of the veterans will qualify for,” Berrey said.

When people reach a certain age, or are disabled, in this country, they usually are eligible for Medicare.

The vets called it the  “Red, White, and Blue” card.

The questions of Part A, B, C, and D are overwhelming for most people.

What’s included? What do I have to pay for? Where can I get the best price?

These questions plague people who are nearing retirement, or those already there.

Berrey  explained some of these are free for veterans who qualify.

“It is a wonderful blessing to a lot of people,” Berrey said.

The Commander wanted Strong to come in and discuss these different plans.

“Some of them are free,” Berrey added.

And that’s always a welcomed price in today’s economy and with the older population living on fixed incomes.

“It’s hard to make a decision without being educated. And these supplement policies are so confusing,” Berrey said.

She added vets from Operation Desert Storm are getting ready to retire.

Insurance benefits and exactly which plans they are eligible for or qualify for, represent a new and major issue in their lives.

Berrey explained if a vet is able to get their medications through the Veterans Administration already, the plan being discussed included both dental and vision coverage, which some supplemental plans don’t have.

A vet can order things like aspirin, vitamins, and even toothpaste, from the catalog they receive.

“Every quarter, they receive a $300 credit to buy these over the counter things that we all buy,” Berrey said.

Strong, who lives in Prattville, will be in Greenville until March 31 to discuss, one on one, the supplemental insurance options with the vets in this area.

“As long as you’re getting your medications through the VA or Tricare, you qualify,” Strong told the group.

She has a kiosk set up at Greenville Walmart at the Subway entrance.

Veterans with questions need only stop in while doing their shopping, and she can help with information, paperwork, and even the catalog with the flex spend items.

“But I don’t mind driving down here to meet people,” Strong said.

Berrey said if enough people still had questions, they could all meet at the Legion Hall to discuss them.

Strong said she believes in offering the veterans the best plans possible and she’s there to make sure that they get that.

She also talked about the Dental and Vision Plans, as well as ACA Plans for those under age 65.

The best possible advice Berrey and Strong gave the vets was to come by and talk to a representative face-to-face.