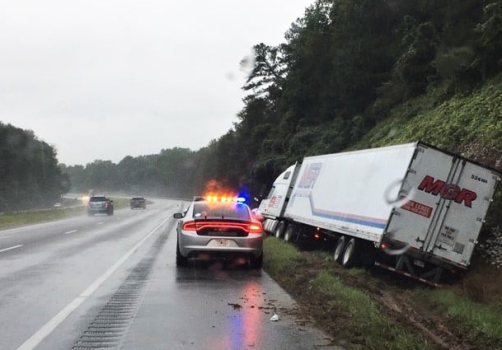 Among those killed, three were passengers and 11 were drivers. All traveled in vehicles equipped with seat belts, but only four were using them. In one case, officers could not determine whether the individual used their seatbelt, but the nine others who died over the holidays had not used their seatbelts.

“They were tasked with notifying the loved ones of the 14 individuals following the fatal crashes over the holiday season,” Helms said. “This is one of the most difficult parts of our job and we at ALEA offer our heartfelt condolences to the families and loved ones.

ALEA also promoted its “12 Days of Safety” initiative, reiterating traffic safety and encouraging safe driving behaviors through a variety of enforcement activities during the holidays, such as driver license and equipment check points, to curb deadly behaviors like driving under the influence, driving while distracted, not buckling up, speeding, and following too closely.

In 2022, Troopers in ALEA’s Highway Patrol Division investigated crashes resulting in 19 fewer lives lost on Alabama’s highways than in 2021. A total of 31,990 traffic crashes resulted in 10,914 injuries and 586 fatalities reported in 2022.

“We would like to thank the motoring public for their diligence and continuous efforts in assisting law enforcement, which enabled ALEA Troopers to reduce the number of traffic crashes, injuries, and fatalities, ultimately making Alabama roadways safer,” said ALEA Secretary Hal Taylor. “However, this extended holiday travel period still reminds us that we need to remain constant in our resolve to create an environment of safety on our state’s roadways.”

Over the course of 2023, ALEA representatives expect to focus on both education and enforcement related to the use of seat belts, citing buckling up as the single most effective action an individual can take to protect themselves in a crash.

“We wish everyone a happy New Year,” Taylor said. “With your assistance, we will make it a safe year — aiming toward even lower totals at the end of 2023.”