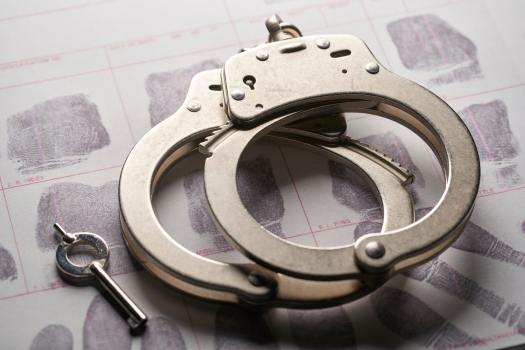 The cooperative effort resulted in seizure of gambling devices, cash, marijuana, and multiple weapons as well as the arrest of two men, who were both Greenville residents, allegedly responsible.

“The drug task force did an excellent job building a strong case against the suspects and putting an end to this illegal operation,” said Greenville Police Chief Justin Lovvorn.

The team executed the search warrant around 6:45 p.m. at a residence on South Pine Street in Greenville.

According to Lovvorn, the warrant was issued after a 3-month investigation by the task force.

“We had received reports of illegal gambling that was taking place in a shed on private property,” Lovvorn said. “After building a case to verify the information, we executed the search warrant and seized 11 gambling devices, over $25,000, marijuana, and multiple weapons.”

West Lapatraion Robinson, a 42-year-old male and the property owner, was arrested and charged with promoting gambling, 11 counts of possession of a gambling device, and possession of marijuana first.

Ricky Wayne Kemp, a 63-year-old male, was also arrested on charges of conspiracy to promote gambling.

Lovvorn pointed out that gambling devices can be obtained legally for entertainment purposes, but cannot be operated for financial gain.

“It is important to realize that just because gambling machines can be legally obtained because they are rented or sold for entertainment purposes only, it is illegal to use them in any way that would cause a financial gain,” Lovvorn said. “We hope this sends a strong message that we will not tolerate illegal gambling in the city limits of Greenville.”