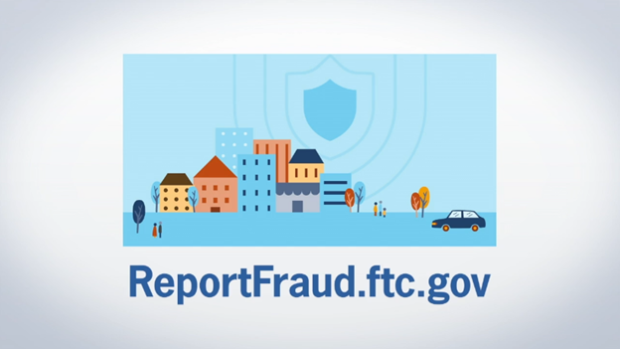 The Federal Trade Commission cannot resolve individual reports, but the agency can use reports to investigate and bring cases against fraud, scams, and bad business practices. To report a phone scam to the FTC, visit ReportFraud.ftc.gov.

This type of scam has been happening for about 10 years, but this one comes with a local twist which seems believable to victims.

“We have had a handful of reports prior that people were being scammed, that there was a warrant for their arrest, that the Butler County Sheriff’s Office had those warrants,” Bond said. “They were told that if they didn’t pay, then we would put them in jail.”

Scammers usually provide enough personal information to the caller — a home address or previous address, an employer’s address — to create a scenario which sounds believable.

The Federal Communications Commission defines this scenario as “Caller ID Spoofing,” when the caller deliberately falsifies the information transmitted to caller ID to disguise their identity. Scammers often use neighbor spoofing, so the call appears to originate from a trusted local number.

During most calls, the scammer claims the victim failed to appear at a trial during which he or she was supposed to be a witness.

According to Mike Lewis, Communications Director of the Office of the Attorney General, the scam involving imposters posing as local sheriff’s officials is very similar to others reported in Alabama. His office receives around five complaints regarding these scams each month.

Scammers reassure the victim that the whole matter can be settled without arrest if the victim purchases a prepaid card and pays the bond over the phone.

“Please know that any call you may receive from law enforcement attempting to collect money is a scam,” Lewis confirmed. “Furthermore, debt collectors cannot arrest you.   Any attempt to force you to pay debts by prepaid credit cards should be a red flag that the call is a scam. If, for any reason, legitimate law enforcement or the courts have an issue with you, you would usually be notified in writing and be ordered to contact the clerk’s office, either in person or by telephone.”

So far, the victims have lived or worked in Butler County. The Sheriff’s Office is investigating the situation.

“We are not going to call anybody like that,” Bond noted. “We will come to you face-to-face. Anytime anyone has that situation happen, instead of paying, they need to call us first and let us verify the situation. We don’t want anyone to send money to these people.

“We are not going to come or call to collect money. [Citizens] need to call us and verify before any money transaction has taken place.”

According to the Federal Trade Commission, spoofing scams, also known as imposter scams come in many varieties, including Social Security Scams, romance scams, technology scams, or someone impersonating a family member.

The Attorney General’s office recommends consumers use caution to avoid being victimized, by never giving out personal or financial information when called. Avoid trusting caller ID and always hang up on robocalls.

“Impersonating a law enforcement officer and misrepresenting the judicial process to frighten and trick people out of money is a serious crime,” Lewis said. “We hope anyone who receives such a call will report it to law enforcement.”

Those who believe they may be the victim of this scam, please call a Butler County Sheriff’s Office investigator at (334) 382-6521.

Victims can visit consumer.ftc.gov to learn what steps they should take.

The FTC and Attorney General cannot resolve individual reports, but the agencies can use reports to investigate and build cases against fraud, scams, and bad business practices.

To report a phone scam, file a complaint with the FTC at reportfraud.ftc.gov or by calling (877) 382-4357. Individuals may also report online scams to the Federal Bureau of Investigations Internet Crime Complaint Center at ic3.gov. Victims can also contact the Alabama Attorney General’s Office at (800) 392-5658 to file a complaint.