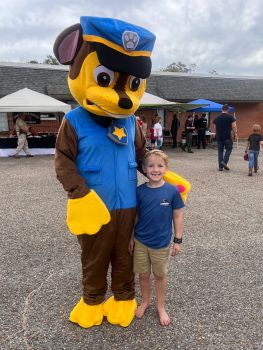 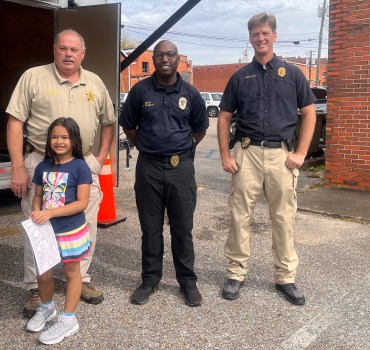 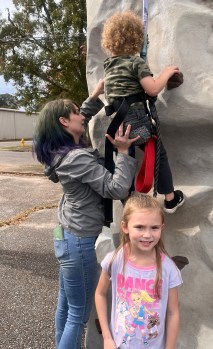 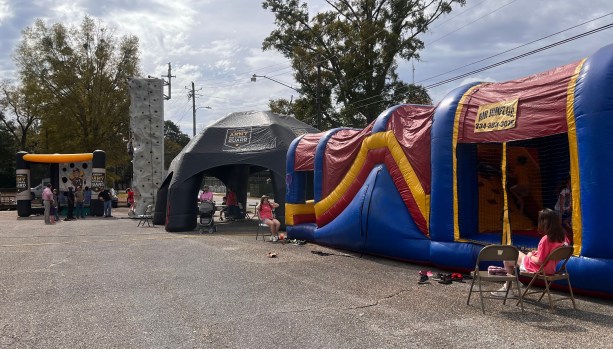 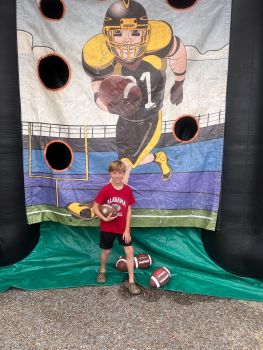 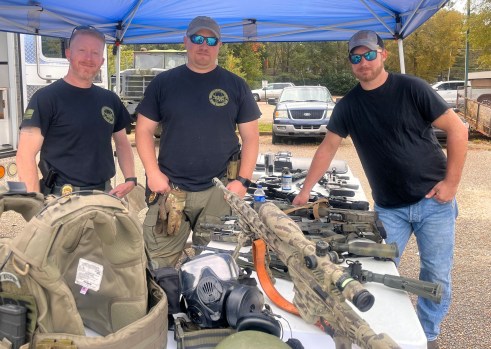 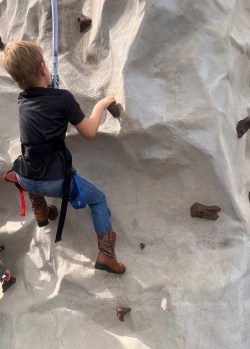 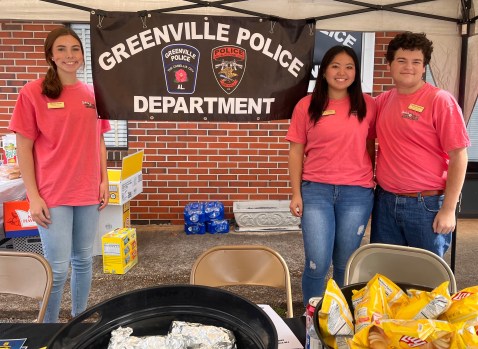 “This is an annual event we started doing a few years ago,” explained Greenville Police Chief Justin Lovvorn. “We try to appeal to the smaller kids and invite them to come out and meet their local law enforcement and see what we’re all about.”

Guests enjoyed food, games, and music at the free event.

“I brought my grandson [Luke] out so he would have something fun to do,” said Greenville resident Bonnie Hester. “His buddies are here too. They played in the bounce house forever. Now he’s throwing the football.”

Luke said he had never met LEOs before the event.

“They are awesome,” Luke exclaimed. “They save us. I want to be a police officer when I grow up.”

“We carry out search warrants and felony drug warrants and respond to barricaded subjects and hostage situations — anything which is more dangerous than what general patrol is equipped to handle,” Wyatt said. “We’re trained to handle active shooters and school shooters, which we hope never happens.”

“We need [these officers] who have that extra tactical training,” Brown declared. “Having an SRT is necessary when you have somebody who has firearms and gets crazy.”

Rochelle Pitts, a Greenville resident who was born in the Philippines, brought her daughter Cleo to the event so she could meet police officers and understand they keep her safe.

“We want to be safe,” Pitts said. “I want her to know why [police] are here and to learn what they do.”

Butler County Sheriff Danny Bond said these types of events help raise public awareness of local departments and learn that officers are friends of the people they serve.

“We’re not the bad guy everybody portrays us to be,” Bond said. “Certainly, we have to deal with those individuals who just don’t want to do the right thing. That’s part of the job, but we are your friends.”

Georgiana Police Chief Jeremy Peagler is in his second year as chief of the department. These events allow him to interact with local citizens.

“It’s good to be transparent, to educate the kids, and help them see a broadside view of what law enforcement is and what we stand for,” Peagler asserted. “Kids are sometimes led to believe police are out to get them. It puts fear in their mind. We do what we can to try to redirect that thought process.”

Representatives of the Greenville Fire Department, the Army National Guard, District Attorney Charlotte Tesmer’s office, and the Chamber of Commerce also hosted booths at the event.

“That’s why we host it here [at the office],” Lovvorn explained. “We made the choice to have it here to bring people into our setting and let them know we are not intimidating. We’re a part of the community just like they are.”