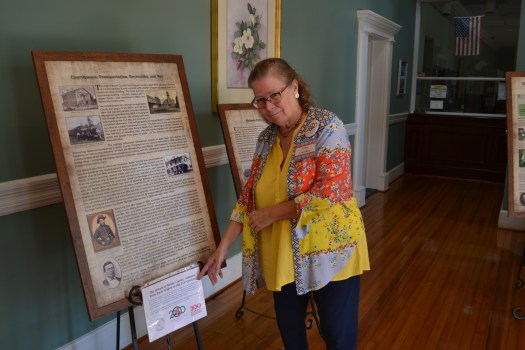 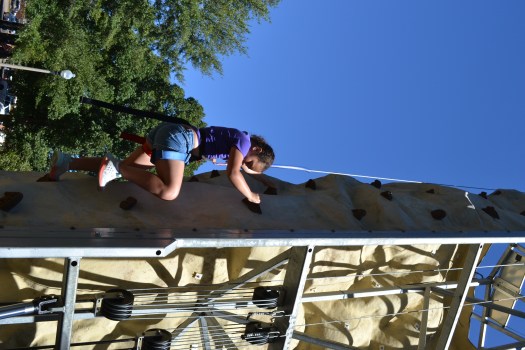 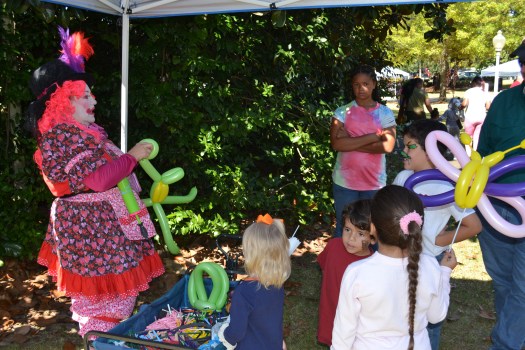 The Greenville Area Chamber of Commerce, The Greenville-Butler County Public Library, and the City of Greenville hosted the City’s Bicentennial Celebration on Saturday from 9 a.m. to 3 p.m. at Confederate Park.

According to Tracy Salter, Executive Director for the Chamber, hundreds of community members and visitors gathered to participate in the festivities, held concurrently with the Butler County Historical & Genealogical Society’s inaugural Tour of Homes and Buildings.

“Residents and visitors strolled the streets of Greenville to observe the beauty and history of local homes, churches, and historic landmarks and buildings, and gathered in the park to enjoy vendors, historic displays, tasty food, face painting, balloon art, jumpy houses, rock wall climbing, and much more,” Salter said.

Salter said the planning for the celebration took place over several months.

“It took a lot of volunteers and folks working to make it happen between the Historical Society, the Chamber, the city, and just a lot of people behind the scenes,” she said. “I’m excited to be able to be a part of it because I think Greenville is the most beautiful place to live, so I’m excited to have people in the city looking at what we have to offer, touring the homes and buildings, and then hanging out with us here in the park. It also gives our businesses a chance to highlight what they have because everybody’s open downtown, and all the vendors back here are local folks, so they get to preview their items as well.”

Inside the City Hall, the Historical Society displayed several informational boards and showcased old photos published in The Greenville Advocate in a room on the second floor of the building.

“My mother, Myra Ware Crenshaw, was the first president of the historical society, so I grew up with Butler County history and Greenville history, “ said Annie Crenshaw, whose family has been native to Greenville since 1817. “I’ve always loved it, and I’ve always thought more people needed to recognize it. So a festival like this where you can celebrate a city bicentennial like we did in 2019. We did Butler County’s Bicentennial and the state of Alabama bicentennial in 2019, wonderful events to acquaint the public with where they’re living or where they’re visiting, which they might not normally think about.”

Library director Kevin Pearcey commended the Historical Society for the work they collectively put into the event alongside Salter.

“They do a really good job of preserving our history,” he said. “I think it’s extremely important for everyone to celebrate all of Greenville’s history. That’s why events like this are important. 200 years only happens once in a lifetime.”

Greenville resident Hannah Reaves, who was taking a break in the shade with her family, said she enjoyed being able to participate in the celebration.
“It’s nice to live in a small town and be able to come out and do this on a Saturday morning,” she said. “It’s nice weather outside. The food from Pip’s Surf and Turf was delicious. My boys loved the bounce houses, the slides, getting their faces planted, and of course, the balloons from the clown was nice. Getting to know and see everything about Butler County through the vendors was very nice.”

Greenville Police Lt. Jason Pope, who was leading the police detail securing the event, said he enjoyed getting to see some of the displays at the event.

“It’s actually really neat,” he said. “I actually spent some time over at the Historical Society’s booth and learned some stuff today I had no idea about. It was very interesting … It makes you think about it differently when you see pictures of downtown Greenville from the 1800s and early 1900s. It’s pretty amazing.”

The event served as an opportunity for newcomers to become familiar with their surroundings.

“Honestly, I think that’s the biggest thing is we have absolutely no connection to anyone here – we’re brand new, total strangers,” said Dennika Marx, who recently moved to Greenville from northern Illinois. “Being able to come here and see people out, it’s a huge plus. We’ve already met several people just in the local businesses and walking around seeing the tables. We’re excited to be in this community.”

Greenville Mayor Dexter McLendon praised the success of the event.

“This is a landmark moment for our great city, a city I’m proud to call my home,” McLendon said. “We are excited to celebrate Greenville, Alabama this weekend and look forward to the future programs and events planned for later this year.”

McLendon added there are several additional projects planned between now and the city’s official anniversary date of Dec. 28, all of which will be instrumental in celebrating and commemorating the city’s 200 years.