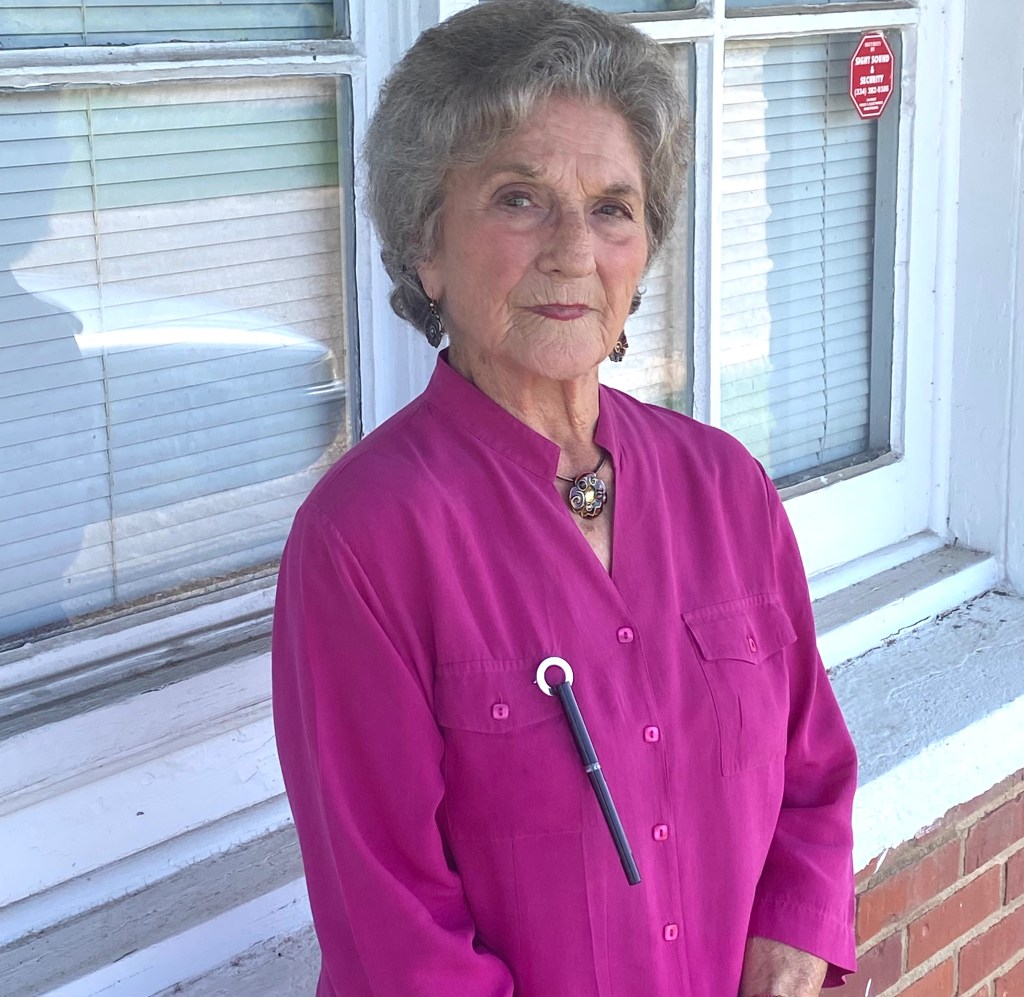 The Town of Fort Deposit, located in the southern portion of Lowndes County, is known for its beginnings as supply depot during the Creek Indian War when General Ferdinand J. Claiborne engaged the Creeks at the Battle of The Holy Ground, but is now known primarily for Calico Fort, the arts and crafts festival each April, and for Priester’s Pecans, located just off Interstate 65 where locals and weary travelers alike stop for lunch or to buy their famous pecan pies, gifts, and baked goods. In a quieter part of town there is a small printing business that once housed The Lowndes Signal and still houses Cross Printing, owned by Frieda Cross.

Frieda Cross and her late husband Cecil B. Cross Jr. married in 1957 and purchased the print shop and newspaper from then owner Kenneth Perry. Cecil was working for Perry as a linotype setter while the business was located in Montgomery. In July of 1960 The Crosses purchased the newspaper and Perry’s interest in the printing business and moved to Fort Deposit. They also moved the business back to 118 Ellis where Cross Printing is still located today. Cross’s experience in newspapers before owning one was limited but she quickly learned all aspects of the business. She began with bookkeeping work, but as the paper began to grow, she learned to write and sell advertising.

Cross credits the newspaper with helping her gain the boldness and confidence she has today, which has helped her throughout her life. Her confidence grew as she spoke with members of the community for stories, and with local groups about their newspaper. In addition to developing her sense of confidence, the many interviews and speaking engagements allowed her to become part of the community.

“You get to know people that you would have never met before,” Cross said. “I am bold and outspoken now but when we started here, I wasn’t. I was a shy little country girl.”

The Crosses continued running the newspaper, which covered the entire county, and their printing business until the newspaper was sold to Boone Newspapers in 1997.

“Frieda and Cecil were very helpful to Todd Carpenter, then our Greenville publisher and now our CEO who lives in Natchez, MS now, and me at the time of our purchase of their Lowndes Signal. Later they did the same for Dennis Palmer, Todd’s successor in Greenville. Dennis is now publisher of The Signal, Selma Times-Journal and Demopolis Times, ” said Jim Boone, chairman of Boone Newspapers.

“Knowledge of the business and the area that Frieda and Cecil shared was and is important to us. My mother-in-law, the late Jane Farrior, guided me as she read every line of The Signal, and Todd developed it on foundations put down by Frieda and Cecil. But when I moved to Lowndesboro earlier this year, quality and content was not what it had been. Dennis, Todd and I have been working to correct that. It is a long process, but we are on our way again, thanks to many who have been supportive,” Boone concluded.

The Crosses continued to run Cross Printing together until Cecil’s death in 2014. While the printing business has slowed, Cross continues to run the print shop where she still provides all types of business printing to customers in the area.

“The computer has almost eliminated the printing business but we still print letterhead, multiple part forms, and envelopes,” Cross said. Cross printing also offers fingerprinting services to residents who have to have their fingerprints on file.

Cross is still involved with the Fort Deposit community where she serves in many capacities, including chairing Calico Fort and serving as Secretary/Treasurer for Fort Deposit Methodist Church. She also works with the Cooperative District and serves on the Fort Deposit Industrial Development Board.

Cross has let her faith guide her throughout her life and has always wanted to help others if she was able.

“Faith in the Lord takes you and His light guides you” Cross said. “There is also a tacky little saying, ‘Do all the good you can, for all the people you can, all the time you can.’ Do it. I have plenty of time, so if I can help somebody, I am going to do it.”