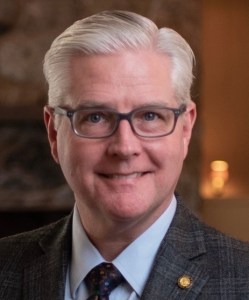 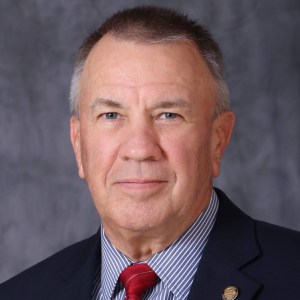 When Gov. Kay Ivey called the Alabama Legislature into special session in January of this year, the task was clear: Allocate hundreds of millions of dollars from the American Rescue Plan Act (ARPA) to benefit Alabamians through game-changing investments in broadband, health care, and water-and-sewer infrastructure.

The Legislature responded decisively to Governor Ivey, authorizing $772 million in spending that will aid communities in every corner of the state – putting dollars to work where they are most needed. Generations of Alabama citizens will benefit from the foundations we are laying through this funding.

While the expansion of broadband and the need to shore up our healthcare system – especially with the stresses imposed on it by the COVID pandemic – understandably have received a lot of public attention, the investment in our water and sewer systems has gone under the radar. That doesn’t mean, however, that repairing, upgrading and expanding our water and sewer services aren’t as critical. In fact, failing and inadequate water and sewer systems can have a direct effect on the health and safety of many of our citizens on a daily basis.

In our legislation, the Alabama House of Representatives and the Alabama Senate authorized up to $225 million from ARPA for grants to water and sewer systems in the state, to be administered and overseen by the state’s environmental regulatory agency, the Alabama Department of Environmental Management (ADEM). We are happy to report that the investment is already paying dividends for the people of Alabama.

Recently, ADEM reported that it had awarded more than $300 million in grants and loans to public water and sewer systems, with more to come. ADEM has taken the $225 million ARPA money authorized by the Legislature and supplemented it with additional federal funding from the Bipartisan Infrastructure Law (BIL) and the State Revolving Fund (SRF) loan program to pay for more projects than we imagined possible.

The approach ADEM is taking, prioritizing funding to communities with the greatest needs and the least ability to pay – such as Alabama’s Black Belt – means the money is going first where it is needed the most.

You might recall that earlier this month, officials with the U.S. Environmental Protection Agency, the U.S. Department of Agriculture and the White House came to Lowndes County to promote a new pilot program that offers technical assistance, including help in applying for funding, to resolve sewer issues in 11 disadvantaged communities in several states and native communities. They made available $5 million to pay for that assistance. Two of those areas, Lowndes and Greene counties, are in Alabama.

We are thankful for the technical assistance that Alabama communities’ share of the $5 million will fund.

Unfortunately, many poor, disadvantaged communities can’t get these federally funded loans because they don’t meet all the financial requirements imposed by the EPA.

The game-changers for those communities are the ARPA funding and the legislation the Legislature passed in January making that money available to them despite their financial hardships. Under our legislation and through the work of ADEM, disadvantaged communities can qualify for funding with no local match required, providing them the help they desperately need.

It means more than $15 million for water and sewer projects in Lowndes County and an additional $50 million to the rest of the Black Belt. Keep in mind, these are grants, not loans that have to be repaid.

With the combination of ARPA, BIL and SRF funding, ADEM says it expects to issue nearly $500 million in grants and loans to public water systems this year alone. And that is just the start. More grants and loans will come in following years.

We can say with confidence, help is on the way for communities that have suffered due to inadequate or nonexistent water and sewer service.

We can also say with certainty that your governor and your Legislature will continue to look for ways to improve Alabama’s infrastructure and in doing so improve the lives of Alabama’s citizens.