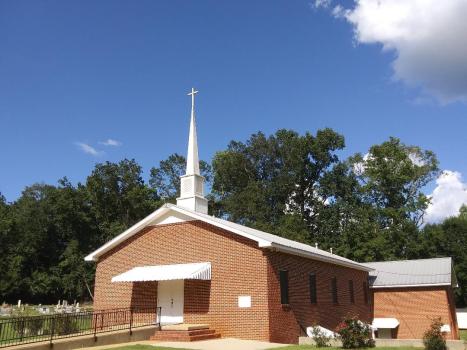 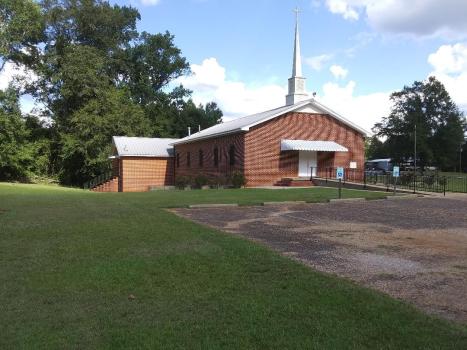 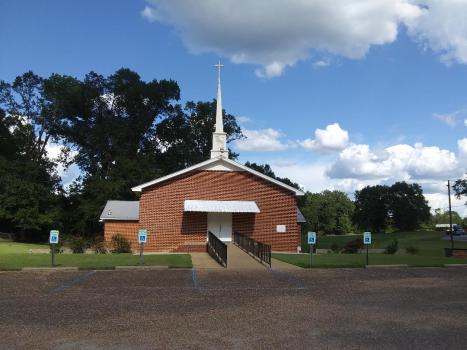 Ebenezer East Baptist Church will celebrate its 108th homecoming on Aug. 14 on the church grounds.

The church is located at 1517 Halso Mill Road in Greenville with Rev. Tim Skipper serving as preacher.

“Sunday school will begin at 10 a.m., followed by the service at 11 a.m,” church clerk Virginia Branum said. “The members of the church will be serving lunch at noon in the fellowship hall.”

Ebenezer East will hold its revival on Aug. 15, 16, and 17, with Pastor John Girdley from the First Baptist Church in Greenville serving as the guest speaker.

The church came about when a group of Butler County citizens met at Waller School house, four miles southeast of Greenville, on April 19, 1914, to organize a Baptist church.

“There were other churches around, but none close to their area,” Branum said.

Ebenezer church got its name from a line from a hymn, “Here I Raise My Ebenezer.”

As luck would have it, there was already an Ebenezer Baptist Church in Butler County.

The congregation decided to add “East” to the official title to distinguish between the two churches. The name stuck, and the church has been known as Ebenezer East ever since.

Many people have entered the church, either by testimony or baptism.

Over the years, the places of baptism have changed, as did the faces of those who helped redeem the souls.

By 1963, a baptismal pool was added to the church, giving saving grace without having to deal with all those pesky mosquitoes.

In the early years, revivals took a lot more planning and preparation than they do now.

Most of the congregation were farmers. Crops must be planted, plowed, and harvested.Animals must be fed, watered and attended to in their own needs.

In addition to scheduling constraints, water had to be carried to the church, tables set up for “dinner on the ground,” and oil lamps brought in and filled for night services.

On July 11, 1916, the congregation gathered at Craig Cemetery with the purpose to lay the foundation for their new church.

Ebenezer East was leaving the one-room Waller School house and getting a church of their own.

The parishioners paid for their new church themselves. By November 1916, they had collected $7.50, enough to get the church started.

“They had floor joists, but no floor,” Branum said.

They solved this problem by laying boards across the joists, unnailed, of course.

The pews were more boards placed on wooden blocks.

But it was theirs; and Rev. C.L. Perry gave an interesting Thanksgiving Day service.

By 1920, both the community and Ebenezer experienced growth. The congregation raised $101. A ceiling was installed and new kerosene lamps were mounted on the walls.

The heat came from a pot-bellied stove in the center of the church. The first to arrive started the fire, so it would be warm by church time.

In 1945, more improvements were made. White siding was added and screens placed in the windows, to keep out the flies and those pesky mosquitoes.

By 1956, Ebenezer East began making plans for a completely new building. A building fund was established followed by becoming incorporated.

Branum explained some of the ways the church raised money. One fundraiser was “Brick Sunday.” On a designated Sunday, parishioners  could donate to the cost of a brick, or more than one brick if they could spare the money.

During 1961-63: trustees were elected and plans were made to get a bank loan. Architects were hired and plans drawn up.

All this happened under the careful leadership of Rev. A. L. Dennis.

They got the loan and built the new church that sits off of Halso Mill Road today.

Since then, the church, the grounds and the buildings that surround it, have all been added and paid for by the congregation.