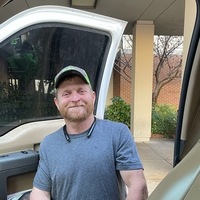 Mr. Gene Lee Schofield, Sr. was born in Greenville, Alabama. Gene was married for 36 years to the love of his life and had three children and five grandchildren. His wife, kids, and grandkids were the center of his world.

Gene owned a successful towing company, Gene’s 24-Hour Road Service, for 30 years, where he managed several companies. He was a veteran in the towing industry and respected by all. He loved helping people and was the most hard-working man his family and friends knew.