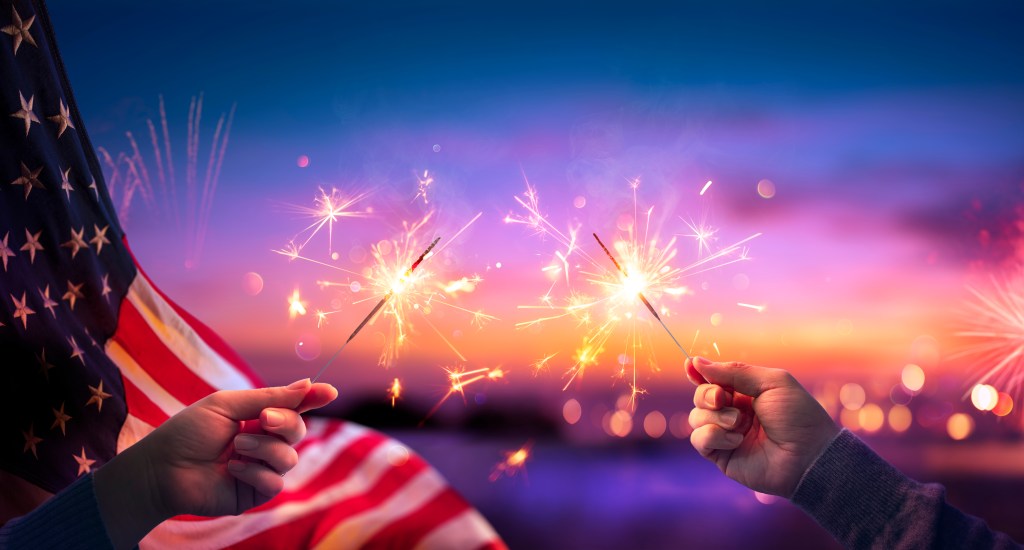 The event was sponsored by the City of Greenville.

Tracy Salter of the Greenville Area Chamber of Commerce said, “There is no backup plan in case of rain.”

It was as if the several hundred citizens in attendance collectively willed the storm clouds away. 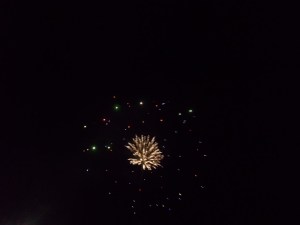 With the first BOOM, a kaleidoscope of color exploded into the sky, lighting up faces, young and young at heart.

Greenville came together as one united people Saturday night.

Despite the parking and the rain, no one argued; no one fought; all were simply proud Americans.

Independence Day, also called the Fourth of July, celebrates the passage of the Declaration of Independence by the Continental Congress on July 4, 1776. The Declaration announced the political separation of the 13 North American colonies from Great Britain.

Fireworks are used in the celebration to show national pride. They were used in China as far back as the 12th century. The colorful explosions made their way across Europe where monarchs began using them for national triumphs, peace, and even royal birthdays. Fireworks have been used in America since the very first celebration in 1776.