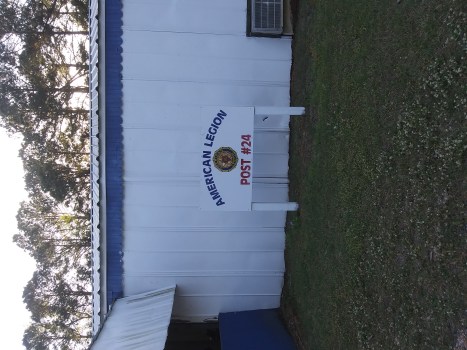 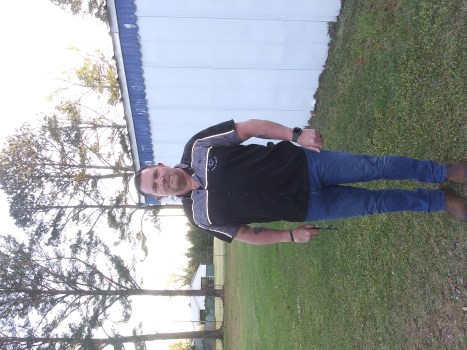 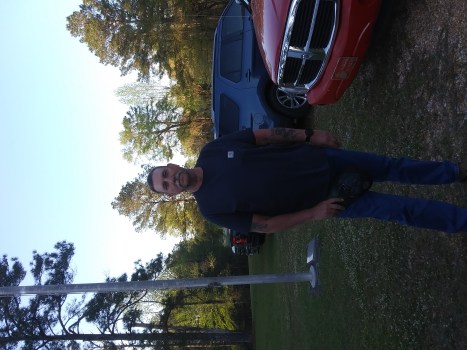 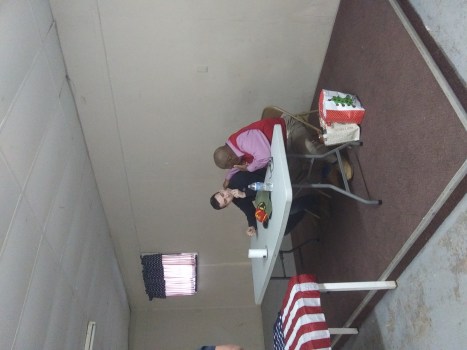 On Saturday, April 2, 2022, Marines serving aboard the USS Theodore Roosevelt gathered for their annual reunion in Greenville.

Master Sergeant Rich ‘Top’ Lewis is a retired USMC non-commissioned officer (NCO). Lewis was in charge of the Marines serving aboard the USS Theodore Roosevelt. This naval carrier is powered by a Westinghouse A4W nuclear reactor propulsion system. It was commissioned back in 1986 and was the largest ship of its kind.

There were 72 Marines on board at the time, all with top secret clearances. The detachment was in charge of security. They guarded not only the nuclear weapons on board the ship, but the crew of 5,000 seamen.

Lewis and his men were always combat ready and “could go ashore and hold ground, embassies or foreign soil until the main forces arrived,” Lewis said.

Lewis was a mentor, teacher and in some cases, a father figure to his men.

At this year’s reunion, retired Master Sergeant David Bradford spoke of his 30-year career in the Marine Corps.  Bradford retired out of the second Marine Division at Camp Lejeune in Jacksonville, North Carolina, were the United Stated military trains its amphibious assault units.

“I was working for a Two Star General, Lt. General Beaudreault,” Bradford said. Brian D. Beaudreault received a Bronze Star for his service at the United States Embassy in Baghdad, Iraq in 2004-05.

“We had 16,500 Marines and sailors who reported to the 2nd Marine Division, which is the Combat Division Infantry of Camp Lejeune,” he added.

When asked if he had seen combat, Bradford said, “I have. I was a corporal in Desert Storm. I was a gunnery sergeant in 3-2, which is the 2nd Marine Division Infantry Battalion in the push-up in 2003. I was an adviser in Iraq in 2004 and 2005 with an Iraqi Battalion. I was a Sergeant Major for the 3rd Battalion, 8th Marine, 2nd Marine Division in Afghanistan.”

Bradford said, “When we were in the Persian Gulf, we had to deploy from the ships into Afghanistan as a unit reserve in 2010.”

When asked why he decided to join the Marine Corps, Bradford said, “I’m originally from Louisiana. I worked in the off-shore oil fields. In 1986, I got laid off.” Bradford decided he needed a change. He wanted to be a Marine since he was a child, so he joined up. “I enjoyed that life style. Everybody has to find happiness in what they do,” he added with a smile.

He went on to say, “I was assigned to a thing called sea school. It teaches you how to be on a ship, like navy personnel. But we’re also trained in security.”

Recalling his time on board the USS Theodore Roosevelt with Master Sergeant Lewis, Bradford said, He taught us what it was like to be a Marine. Ribbons and medals to us are a road map of were that man has been.”

David Bradford has been married for 30 years and has two children.

Lewis also wanted to bring the public’s attention to Barry Frain, a retired Sergeant Major in the Marine Corps. Frain was aboard the USS Theodore Roosevelt with Lewis for two years.