Alabama’s Amphibians: What to Look for This Winter 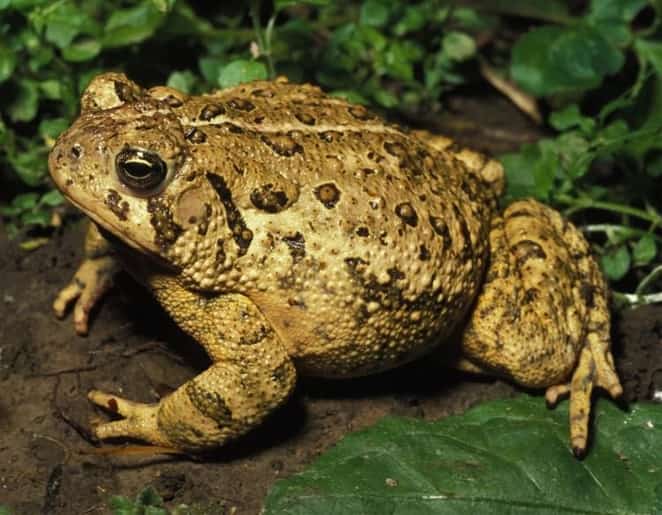 Winter in Alabama is that time of year when the weather cannot decide whether it should be hot or cold. In many cases, it can be both on the same day. However, there is another aspect of Alabama winters that many people do not know about. It is the prime breeding season for many of Alabama’s amphibians. For this reason, many amphibians are most active during the wintertime.

“For some species, it is much more likely to catch a glimpse of one on a rainy winter night than it is on a summer day,” said Wesley Anderson, a forestry, wildlife and natural resources specialist with the Alabama Cooperative Extension System.

Frogs
What species of amphibians are up and active in the winter? The most recognizable is the American Toad, according to Anderson, who is also an assistant professor in the Auburn University School of Forestry and Wildlife Sciences.

“The American toad is squatty and covered in warts, but their call is less recognizable,” Anderson said. “It can last up to 30 seconds and sounds like an insect. Once recognized, it is unquestionable what creature is making it.”

There is also the upland chorus frog, which begins calling as early as October or November, and the spring peeper which—despite its name—begins calling in December.

Then, there are the true frogs. These are pond frogs—like the bullfrog. However, the bullfrog does not breed in winter. On the other hand, the southern leopard frog is a winter breeder and has the highest numbers in the state. These may also be familiar because of the dark spots across their backs, which give them their name.

“The tiger salamander is the largest terrestrial salamander in the United States, while the reticulated flatwoods salamander is rare and listed under the Endangered Species Act as threatened,” Anderson said.

The other species of salamander is the spotted salamander. Outside of breeding season, these salamanders are inactive and underground, which allows them to live for up to 20 years. Spotted salamanders rely on seasonal wetlands and other temporary, fishless bodies of water to reproduce.

Anderson said these salamanders are found on rainy winter nights as they migrate to these bodies of water.

Protect Amphibians
Alabamians can help protect these creatures. Slowing down while driving on rainy winter nights can protect many amphibians that end up as roadkill. Also, not removing seasonal wetlands can protect the breeding environments for amphibians. This means creating farm ponds in other places, limiting the run-off of pollutants to these wetlands and minimizing logging that occurs close by. Doing this can protect many important and endangered creatures that also call Alabama home.