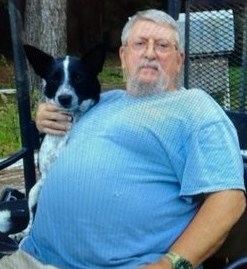 Robert “Mike” Sellers, 74, of Georgiana passed away on Monday, January 31 in Evergreen.

A memorial service will be held at a later date.

His parents Eddie C. and Margaret Sellers precede him in death.

Mike was one of the most patriotic people anyone ever got to meet. He served his country through both the Navy as a Navy Seal and the Army.

Mike believed in America and her ability to overcome anything. He was ready to fight until his last day.

Mike shared his love for his country with his lifelong friend and same Seal Team member, Hershel Davis, with whom he shared many fond memories with.

Mike spent his time doing many craftsmanship activities, writing and documenting his days.

Fishing was one of his most beloved activities and his canoe was his favorite place to be.

To know him was to love him.