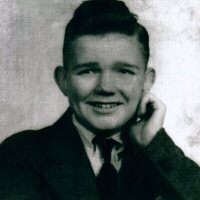 A graveside service for Robert for close family and friends will be held at a later date. Mr. Monk will be laid to rest next to his children at Maple Grove Cemetery in Free Soil, Michigan.