Bark in the park held Saturday 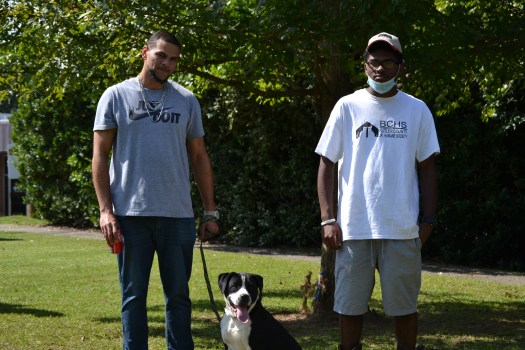 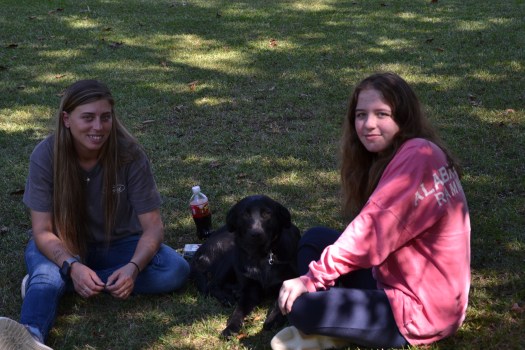 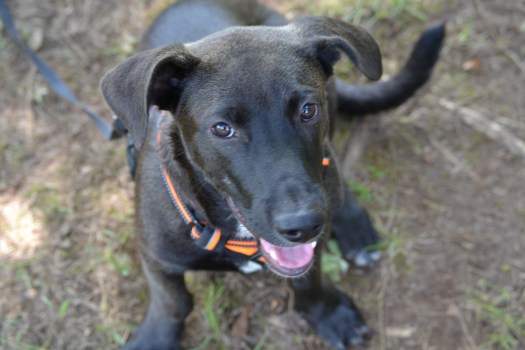 Close up of Rudy 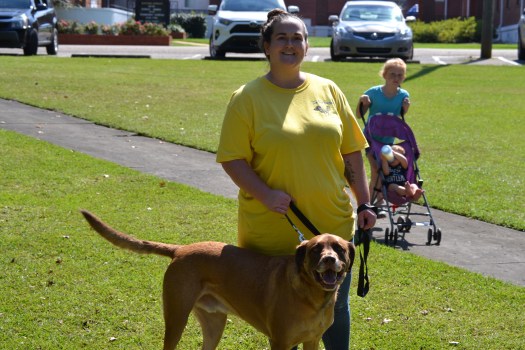 Shawnna and her dog Bubba 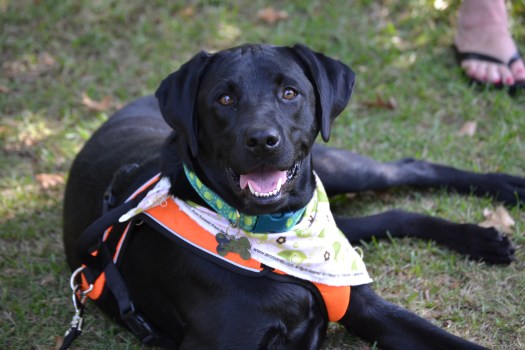 Sophie, one of the many dogs who made an appearance at the BCHS Bark in the Park event, smiles for a picture

The Butler County Humane Society held their Bark in the Park event last Saturday, October 9, at Confederate Park in Greenville. The event was initially scheduled for Sunday, October 3, but was postponed due to rain.

During the event, fifteen dogs met at the park with their owners to enjoy a beautiful Saturday afternoon filled with good food, great company, and entertainment provided by Major Delay.

A pet contest was the conclusion to the fun-filled day. After paying a $5 entry fee, participants competed for the grand prize of a gift basket which included dog toys and treats and a $50 Wintzell’s gift certificate.

The Butler County Humane Society collected $75 in proceeds from the contest.

After presenting their beloved pets to a panel of judges, the judges questioned each participant about their dog. These questions ranged from what breed they were to what, if any, special skills they had.

After a short deliberation, the judges declared Mike Jackson and his Rottweiler, Jake, best in Show. Scott Bentley and his dog, Angel, took second place.

Although the judges could only crown one grand prize winner, no one left the park empty-handed. Each dog won in one of the other categories in the contest. These categories ranged from most well-behaved to best smile.

Jackson said he was delighted with his dog, Jake, being named Best in Show.

“I can say that I have a prize-winning dog now,” Jackson jokingly said. “If Jake didn’t win I would have still been happy. I was just happy to come out and support the humane society. It’s my first year coming to this event, but I’ll come back when they do something like this again.”

“I think things went very well,” Matthews said. “The weather was perfect for an event like this. Some of the people that participated were those that came to the park the day we canceled. Hopefully, things will go just as well when we do more events in the future.”