Grand opening of Georgiana Opry House set for this weekend 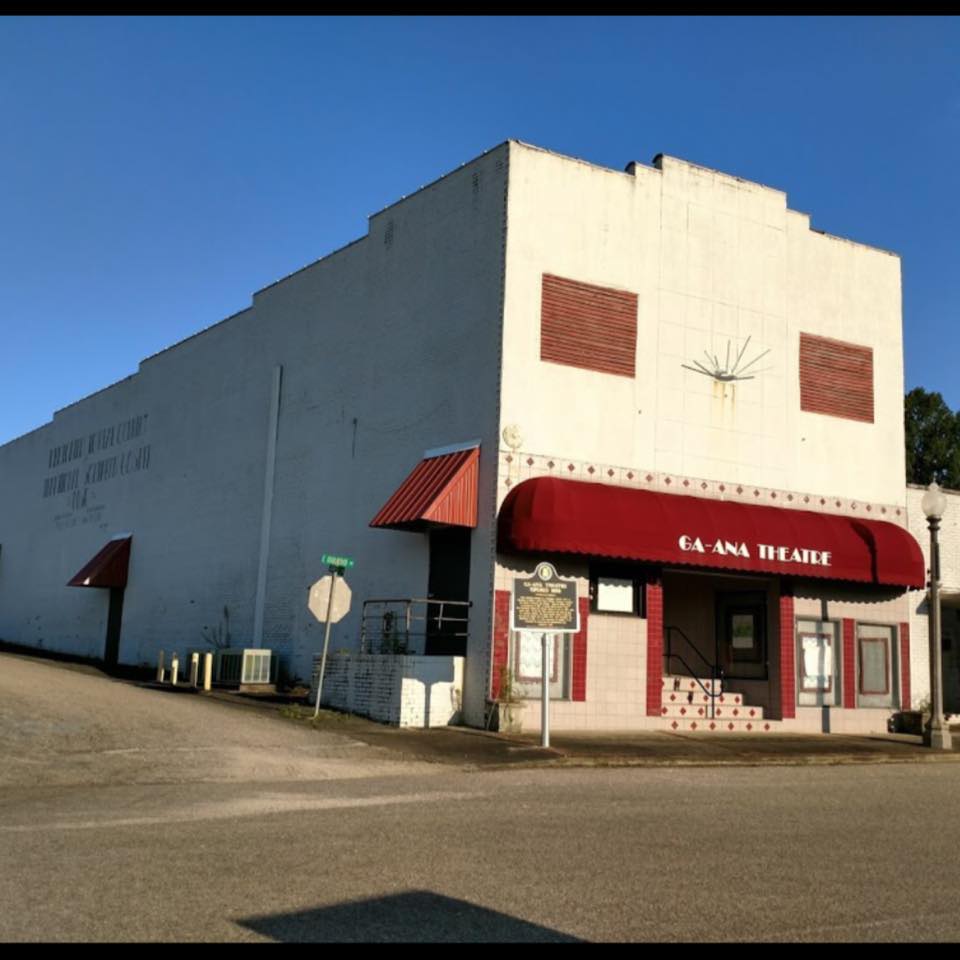 The Georgiana Opry house located at 602 E Railroad Avenue will be holding a grand opening this Saturday, Sept. 25.

There will be live music throughout the day. There is no charge to get in. Food vendors will be present. Among the food items that will be sold are jambalaya, barbecue, hamburgers, hotdogs, and snow cones.

The event will begin at noon with a welcoming service and ribbon-cutting. There will be several musical performers.

The band Flashback will kick off the music at 2 p.m. Destined for Greatness will perform at 3 p.m. Followed by Burning Bush at 4, Artie Hopkins and Stone Country at 5, and feature artist for the event, Chris McDaniels at 6. McDaniels is a former Confederate Railroad member. His shows include Conway Twitty and Elis tributes.

“Come see what we’ve got going on so far. We will be auctioning off some movie posters and artwork to raise funds for the remodel,” Tracy Eason, one of the owners of Georgiana Opry House, said.

Eason said that the remodeling plans include a new marquee. Eason and her business partners also aim to replace the art deco tiles that are slowly deteriorating.

Eason is a musician herself. She was playing the drums by fours years old. She later began playing at nightclubs in Atlanta.

In the 1990s, Eason lived in Mobile and worked as a nurse. During this time, she was also playing with musician Robbin McCombs of Georgiana. Eason found herself spending more time in Georgiana than she was spending at home in Mobile. By this point, she had fallen in love with Georgiana, so in 2000 she made a move to Butler County.

It was in 2001, when she performed on the stage at the Georgiana Theater.

When Eason developed the idea for the Opry House in April of 2021, she was unsure who to contact about joining her in this venture as she thought most would think it a crazy idea. While chatting with a longtime friend and fellow musician whom she has played with for 30 years, Artie Hopkins, she mentioned her idea. Hopkins was excited and said, “Let’s do it!”

They purchased the building in July of this year and quickly got the ball rolling. Hopkins is a Nashville recording artist. Eason stated that his expertise was undoubtedly going to come in handy.

“We are trying to present the opry house as a cultural environment for the enjoyment of our small rural area, where there just isn’t much available. We are definitely going to keep to our vision of having lots of country, bluegrass and gospel music. If you don’t have God in it, you don’t have anything. The Montgomery Ballet has contacted us, and they want to bring their traveling ballet performance here. We will try to do beauty pageants, plays, recitals, and things of that nature. We want to let people know that everyone is welcome here,” Eason said. 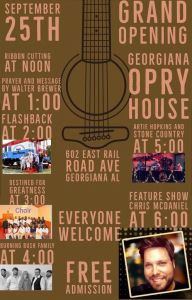 “This is a special place. The energy on the stage is amazing. We can seat 276 people and the acoustics here are out of sight. There is not a bad seat in the entire theater. Listening and viewing are great from every seat. It is just a great venue for live music.” Eason said.

She recalls J.S. Sims, a past theater owner, riding his horse and buggy or golf cart to the theater where he would just sit outside. Sims had a vision for the theater that Eason is proud to bring to life.

The original grand opening of the theater was held on Jan. 1, 1939. There was a stage and movie screen. Gone with the Wind was released in 1939 and played at the theater. Hank Williams graced the stage on Nov. 5, 1939, at 16 years old. The Drifting Cowboys performed there many times with various Nashville recording artists such as Todd Lee, Terry Smith, and Clint Holmes.

Located center stage is a star on the floor labeled with each member of The Drifting Cowboys, marking where they stood on the stage and performed. Names of other people that have performed there adorn the stage floor. Eason is working on ensuring these names never disappear and will have a clear sealant put on the floor soon.

“Georgiana has so much potential and so much history,” Eason said.

Easton is collaborating on this project with her business partners Artie and Shasta Hopkins, and Keith Hall. One of their goals is to get quality artists coming through and they are hoping for a big turnout at the grand opening.

The theater is located just around the corner from the boyhood home of country legend Hank Williams Sr. When the theater originally opened in 1939, Hank Sr. was among many country and gospel acts to take the stage.

She stated, “We are committed to utilizing the building for our community and keeping God first in all of our projects.”

Keith Hall, a small businessman in the environmental industry in Foley, but whose family is from Georgiana, said, “I recognize opportunities when they arise. I feel truly blessed to be involved with my new business partners, two of which are real musicians, in this endeavor.”

Matt and his wife Vicki Waters, from Robertsdale, married in 1984 and started attending the

Hank Williams Festivals shortly after. Vicki stated, “we look forward to being a part of the Opry House and bringing entertainment along with any visitors to Georgiana in the years to come if the good Lord’s willing and the creek don’t rise. We love country music and love the small town of Georgiana.”

Shasta Hopkins of Silverhill, added, “Artie and I both have the same vision as everyone else, with great country and gospel shows along with other community events. Artie has been playing music and performing most of his life. We both have a love for country music. I want the theater to be a place for families to come together and enjoy some great entertainment.”

A soft opening is planned for late summer, offering a few live shows featuring traditional country, gospel, and bluegrass artists. By early fall, they hope to open the building to be used by the community.

The cost for theater rental is under discussion, but the plan is to keep it an affordable venue. The screen is still in great shape, so some of the conversations have mentioned using the screen to host matinees sometime down the road.

This would provide a wonderful yet affordable outing with the family on Saturday afternoons. Also, in the planning stages for the first year is to open the theater for daily visitors, with a looping film documenting the history of the theater.

There is also a discussion of offering visitors the opportunity to record themselves singing and playing their favorite instrument while standing on the star that marks the spot that Hank Williams, Sr. stood while performing on that very stage in November of 1939.

While the stage needs a little more TLC, the new owners will be preserving all of the autographs that adorn the theater. Work is near completion on the roof and plumbing.

Issues will always arise when you are working on remodeling a building that is nearly 100 years old, but there is no doubt with an amazing group of owners and a vision of what can be, the old Ga-ana Theater will be reborn as the Georgiana Opry House, and the sound of music will once again fill the streets of the quiet little town of Georgiana.

You will have to hang on a little longer for the official announcement of the Grand Opening, but keep in mind; Hank’s birthday is in September. Maybe, just maybe, the grand opening will include a street dance in front of the theater just like the good ole days! We can only hope!

Matt stated, “I think all of our expectations are high but really don’t believe that it has sunk into our heads where we could take this thing or what a blessing we could be for Georgiana and the surrounding community.”

“I believe that our commitment to the Georgiana Opry House will prove fruitful for the community and the state of Alabama,” Keith added.

The long-term business plan is vast and hopes to bring the historic preservation that the downtown area deserves to light. Larger companies like the Montgomery Ballet and smaller local fundraiser organizations like Helping Hearts have already approached the owners.

Both bring large numbers to any event they host, so this could only help the growth that is needed in this area.

For more information on the Georgiana Opry House, you can visit their Facebook page www.facebook.com/Georgiana-Opry-House while the new website is still under construction.