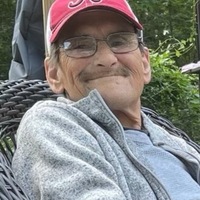 Kimbro worked as a butcher. He would often talk about how his customers in loved his sausage and he couldn’t make it fast enough.

In his younger years, Kimbro could be found on any little league field coaching his sons in baseball on up to their teenage years. There are many now adult ball players that admired his coaching and love for the game. Once his grandchildren came along and were old enough to hold a ball, he was throwing balls with them and helping coach their little league teams.

Mr. Kimbro loved Alabama football. His family made sure his last Saturday on this Earth that the Alabama game was playing in his hospital room. Kimbro may have loved sports and his job, but he loved his family even more

The family request no flowers but instead memorials be made to the American Kidney Foundation in his name.