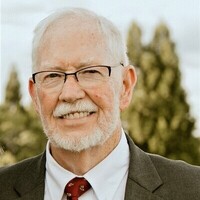 Jim was born on January 24, 1937, in Drew, Mississippi to Mary Ola Parks and John Roscoe Allen.

Jim dedicated his professional life to Civil Service of the U.S. Air Force, progressing in his career while moving the family from Pass Christian to Laredo, Texas and then San Antonio, Texas, and finally to Montgomery, Alabama. Jim retired as a Data Systems Analyst after a long and successful career. He was also an ordained minister and worked part-time as a Pastor and Music Minister.

Jim dedicated his personal life to serving God and sharing his faith with all of those who were around him or who crossed his path. He was also a gifted musician and shared his love of music with family and friends. He brought joy and laughter to those he sang and played for or with, throughout his life.

The celebration of life service was Monday, August 30 at First Presbyterian Church in Prattville.

Burial followed the service at Magnolia Cemetery in Greenville, AL