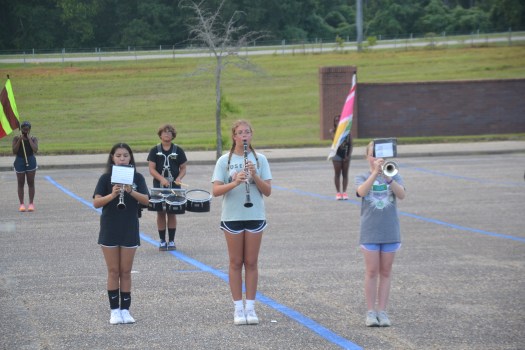 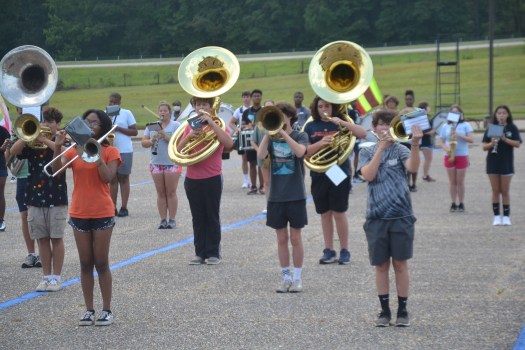 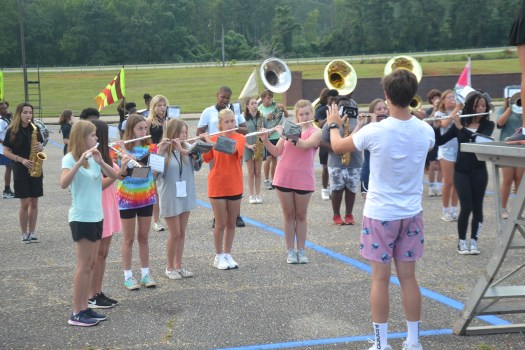 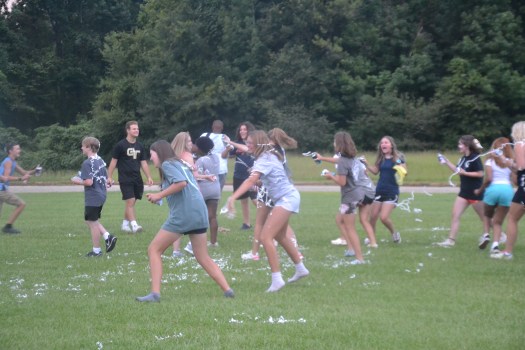 Kids run from being sprayed during the shaving cream war 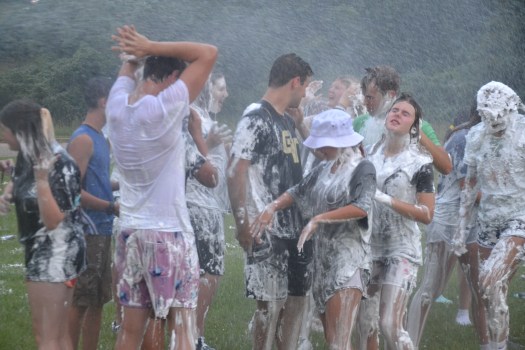 The performance, entitled  “The Evolution of Hip Hop,” featured selections by Aretha Franklin, MC Hammer, Bruno Mars, and Rihanna to show the evolution and influences of the genre throughout the years.

The performance came just one week after band members finished studying and practicing the routine in record setting heat at band camp.

When one song ended and another started, the family, friends and community members who came to support the band clapped and cheered for the band. If you listened close enough, you could hear some of the audience members singing along during the performance of MC Hammers “You Can’t Touch This.”

As soon as the performance ended, the band and the community came together to have a picnic meal cooked by the band boosters that consisted of pulled pork sandwiches, chips and soda.

Once they had their fill of sandwiches, members of the band, and even some band staff, rushed back to the parking lot to participate in a shaving cream war.

After being covered head to toe in the foam, some more than others, members of the Greenville Fire Department helped everyone get clean.

When asked how she thought students performed, Band Director Sarah Haymon said she was very impressed.

“The fact that everyone sounded as good as they did after just coming back from band camp is a really good sign,” Haymon said. “The kids have been really excited to show just how hard they have been working. They still have some time till our first home game and competitions begin, but everyone is really excited and I know that they all can’t wait to get started.”