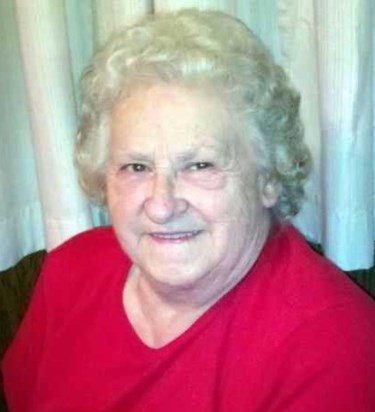 Patricia Wacha, 83, went home to be with the Lord on Monday, July 5, 2021, after an extended illness. She passed away peacefully, surrounded by her loving family.

She was preceded in death by her parents, William and Mary Benoit, one sister, Brenda Swain, and two children, Dawn Marie Wacha and William T. “Tommy” Wacha.

A visitation was held Thursday, July 8 at Johnson Funeral Home in Georgiana.

Born in New Bedford, MA as the third in five children, Patricia had a hand early-on in child raising, taking care of her younger sisters while her parents worked during the end of the Great Depression and World War II.

A Christian all of her life, Patricia played the French Horn in the Salvation Army Band in New Bedford.

At the age of 19 she met and married the love of her life, George. He was in the US Navy at the time, and had come home on Liberty with some of her relatives.

She moved to Teaneck, NJ with him when they were married in 1957, and they began their legacy together, having a total of four children together. She suffered loss early in life when their daughter Dawn Marie succumbed to pneumonia at the age of 13 months.

Being blessed with three more children, she and George again suffered a loss when their son Tommy died as the result of an auto accident while in the Navy and stationed in San Diego, CA.

The family moved to Georgiana, AL in 1983, after George retired as a career firefighter, to pursue his lifelong passion as a trapper and conservationist.

Patricia worked for many years as a night shift manager and waitress at the Atlas Truck Stop. She then managed MJ’s Food Mart in Greenville for several years.

Never meeting a stranger, Patricia always had a cup of coffee waiting for any visitors, and for several years she volunteered at the Seniors Nutrition Center in Greenville.

Until her illness, Patricia was very active with Mt. Pisgah Baptist Church, where she served as a Sunday School and Vacation Bible School instructor. Patricia loved children, and spent her whole life raising her children, and hosting their friends and other children for various projects, including being a Cub Scout Den Mother.

Patricia spent most of her life teaching others crafts, including ceramics, crochet, bead and jewelry making, and in more recent years would make dolls from retired church hymnals. She also taught her grandchildren to crochet, and hosted a crochet class in her home.

The family would like to gratefully thank the nurses and staff at Regional Medical Center of Central Alabama, especially nurses Joyce, Tony and Victoria, Dr. Danny Hood and Dr. Akbar, GEMS Ambulance, Gary Haskew, Deron Springer, Chris Hillard and the members of the Providence and Mt. Pisgah Volunteer Fire Department.